Elizabeth Taylor Was a Great Actress but an Even Better Negotiator 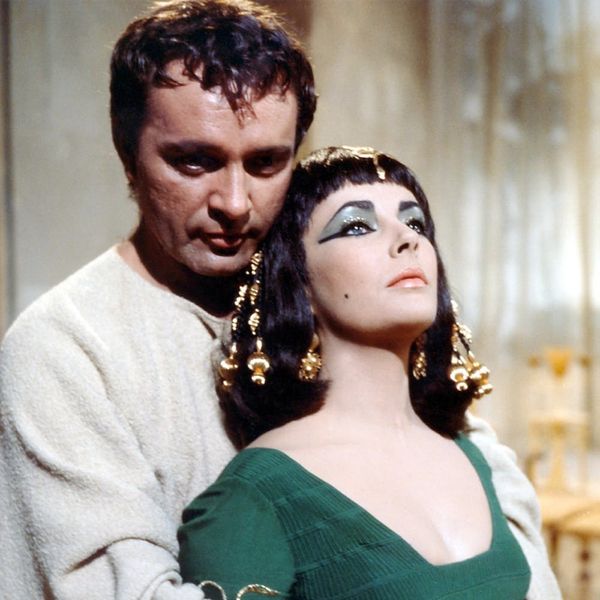 We’re all working harder than ever to repair the gender pay gap and ensure women are compensated fairly for our hard work and kickass talent. As we participate in Equal Pay Day and call on our local lawmakers to demand wage reform, it’s also important we continue to empower each other and educate ourselves on how to ask for a raise and effect change for working moms, creative entrepreneurs, and everyone else! Another way to make sure we’re being treated fairly in the workplace? Learn from those fearless, confident women who’ve come before us. Elizabeth Taylor was a trailblazing businesswoman in the entertainment industry — with her role in Cleopatra in 1963 she became the first woman to negotiate (and receive) a one million dollar salary. The actress was also an activist and humanitarian who valued her loved ones and helping those less fortunate. We got the chance to chat with Taylor’s longtime chief of staff Tim Mendelson to get the inside story on where Taylor learned her negotiating skills, her biggest investment regret, and how she used her influence for good.

Brit + Co: Before we get into the details, can you tell us a bit about your professional history with Taylor?

Tim Mendelson: I was brought into Elizabeth’s world in 1990 as an assistant — folding sweaters, hanging pictures, and running errands. Shortly after, she offered me an official position to be her personal assistant and insisted that I be her secretary, which was the most important professional role in her life. I was her chief of staff for 25 years.

B+C: When do you think Elizabeth Taylor became so business-savvy? Was there a particular moment where she took control of her career?

TM: Elizabeth was born with an innate understanding that every human being is important and that our true value comes from how we live, the things we do, how freely we give, and what’s inside our hearts. However, she was 15 when she realized the monetary value of the commodity that was “Elizabeth Taylor,” after she told the head of MGM studios that he and his studio “could go straight to hell” while he was berating her mother. Elizabeth assumed she would be fired but wasn’t. It was then that she realized the studio didn’t care what she did as long as her name made money for them. After that, she would fight in a negotiation over a single dollar, but then turn around and give it away to someone in need.

B+C: Did she have a mentor or someone to bounce business negotiations off of as she got more successful?

TM: Her third husband, Mike Todd, was a master negotiator, and she learned quite a bit about dealing in business from him, but the biggest lesson she learned came after he passed away in a plane crash. She was filming Cat on a Hot Tin Roof at the time, which was to be her last with MGM. She’d originally had one more film left in her contract, but Mike got MGM to drop it so that he and Elizabeth could make movies together. As soon as she finished with Cat, she went to say goodbye to everyone at the studio, and they handed her another script. When she reminded them that they’d made a deal with Mike to release her early, the studio exec said, “That was on a handshake, and Mike’s dead. Here’s your last film, honey,” and it was playing a call girl. After that, Elizabeth made sure to get everything in writing, and she was careful to go over each deal point herself. She wasn’t shy about asking questions or pushing back on the parts she didn’t agree with. Elizabeth also asked confidently for more where it was in her favor.

B+C: Taylor is known for her incredible work with AIDS research — she helped found amfAR — during a time where there was a lot of fear surrounding HIV and it wasn’t exactly lucrative to start an AIDS foundation. How did she use her business savvy to help with her charitable causes?

TM: Elizabeth was clever to use her fame in combination with her personal life to make money for the cause. She sold the photos from her wedding, held at Michael Jackson’s Neverland Ranch, to Larry Fortensky for a million dollars and used it as the seed money to start The Elizabeth Taylor AIDS Foundation. She also “gave” her 65th birthday to ABC Networks to make money for her AIDS foundation.

B+C: How did she invest her money? We know she was a huge fan of fabulous jewelry!

TM: One of Elizabeth’s smartest money moves was owning her own jewelry. Whenever Elizabeth had concerns that she was spending too much, she would just say, “Oh well, it will be good for the sale!” and bought it anyway. How right she was! Her jewelry sold through Christie’s auction house for record-breaking numbers. Elizabeth also told me about how Richard Burton referred to her two Monet paintings as “Monet in the bank,” meaning they will always go up in value and are as good as cash. There were times when Elizabeth sold things, but always for a good reason. She sold her 69-carat Taylor-Burton diamond while she was married to John Warner to help pay for his senate campaign. He won! Another example of how Elizabeth invested in people.

B+C: How do you think this kind of mentality can translate to those of us who aren’t, uh, world-famous movie stars? Are there lessons to be learned, no matter where you are in life?

TM: Every woman can celebrate and invest in themselves. Sign up for a class to further your education or help develop skills in something you feel passionate about. Buy a piece of art that inspires you or just makes you feel good — it doesn’t have to be a Monet. Invest in others by mentoring and supporting women who are in need. Approach business decisions by staying true to yourself, and believe that it will all come to you when the time is right. Sometimes, we just need to stay focused for a little bit longer and practice patience. For example, when I first started working for Elizabeth, I had no idea where it would lead. I just took a chance as the opportunity was there for me. Today, as much as I want Elizabeth back, at least I get to talk about the qualities that made her special and hope that it will inspire others to live their lives fully empowered. I’m also grateful to be in a position to continue the work she did to help people with HIV and AIDS and to carry out her wishes as best as I can. Elizabeth said, “Follow your passion, and the things you need will come.”

B+C: Can you talk to us about Taylor’s negotiation style and how other women could use it in their own lives?

TM: Elizabeth played it very serious when she was in a negotiation. It’s like she was going into battle, and she could be quite a warrior. She had great strength in her stillness, and she used it often. Elizabeth did not back down for any reason, but she listened more than she spoke, and when she did speak it was with great intention. If the other side had a good point that she agreed with, she let them have it.

She certainly used charm as well, but judiciously and carefully. She held back as much as possible. One thing she never showed in negotiations was weakness or vulnerability. Elizabeth held her ground and didn’t back down until she got everything she wanted. She also always made sure that there was something in it just for her. A gift, like a piece of jewelry.

With that in mind, Elizabeth would encourage every woman in a negotiation to use whatever makes her special to articulate why she deserves that salary, raise, or promotion. Embrace what you love and find what drives you with the same kind of unapologetic passion that Elizabeth had. Know what you’re fighting for when you walk into the room, and know that you never get anything if you don’t ask for it — be bold and ask for what you’re worth. Own your territory and make yourself indispensable.

B+C: Can you talk specifically about the negotiation for Cleopatra? How do you think the lessons she learned there can be translated in a broader sense?

Elizabeth knew her value and her price. After being at MGM for so much of her life and having made so many films, she at least wanted a break from it all. Fox was relentless about her playing Cleopatra, so she asked for an astronomical amount of money, thinking they would go away and leave her alone. They agreed to pay her a million dollars, and the rest is history. She was the first actress to do so, and it became her new standard fee throughout the ’60s and ’70s. Some time later, Elizabeth was quoted as saying, “If someone is dumb enough to pay me a million dollars to make a film, I’m certainly not dumb enough to turn it down.”

Sometimes you have to really go for it and be willing to walk away with the belief that something better will come along. In the case of Cleopatra, Elizabeth had nothing to lose. People don’t respond well to desperation. It can be scary if you really need the money, but confidence and courage work better in any negotiation. Don’t let them see how you are really feeling.

B+C: Is there one business or career decision that she regretted? What do you think she would’ve done differently?

TM: Elizabeth was always so true herself that she didn’t have regrets. Sometimes we make decisions that don’t work out, but we learn much more from our mistakes than our successes. What we perceive as a mistake can be a great opportunity for lessons that we wouldn’t get otherwise. “Onwards and upwards,” she would say. However, when Andy Warhol did the “Liz” series of 13 silkscreens, he offered to let her buy one for $500,000. She wanted it as a gift, seeing no reason to pay for an image of herself. In 2011, “Liz #5” sold for $26,962,500 by Phillips de Pury auction house. Although the sale was right after Elizabeth passed, there were similarly valued sales before that one. She certainly regretted that missed opportunity.

What #girlboss inspires you to reach for more? Tweet us your heroes @BritandCo!