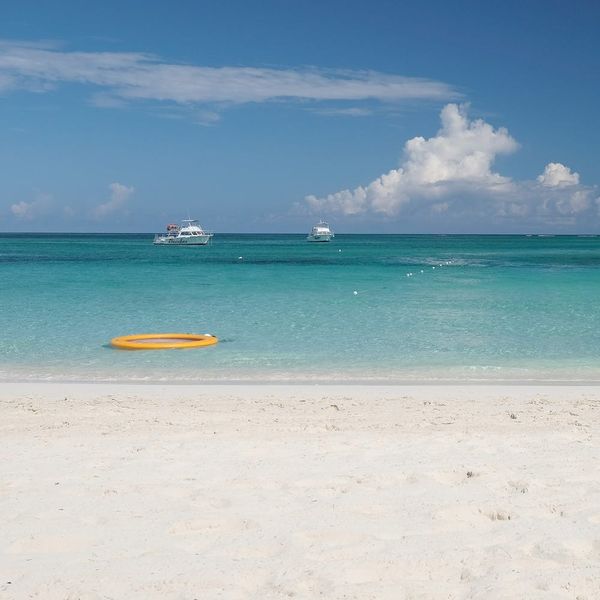 Oh, Fyre Fest: Where do we even begin? By now, you’ve no doubt heard the story of the fest so disastrous, it had to be cancelled. Billed as a cornucopia of luxury with promises to host “the greatest artists in the world,” wealthy fest-goers shelled out upwards of $250,000 for VIP group packages to experience what was supposed to be a once-in-a-lifetime opportunity on a private island in the Bahamas. Instead, upon arrival, they were greeted with little to no shelter, sandwiches comprised solely of bread and lettuce, and overcrowded sleeping quarters with no staff in sight to helm their quickly sinking metaphorical ship.

The backlash was swift and furious, with Twitter ripping the fest to shreds and demanding answers from those involved, including its promotional models Kendall Jenner and Bella Hadid (who just issued her own apology).

Now, the company has uploaded a lengthy post to its website, attempting to explain what went wrong and lamenting all the hardships they faced in putting the fest together. The company says that though Ja Rule (the fest’s co-creator with Billy McFarland) booked the talent and enlisted hundreds of locals to help put the event together, it simply wasn’t enough.

“As amazing as the islands are, the infrastructure for a festival of this magnitude needed to be built from the group up,” Fyre wrote. “So we decided to literally attempt to build a city. We set up water and waste management, brought an ambulance from New York, and chartered 737 planes to shuttle our guests via 12 flights a day from Miami. We thought we were ready, but then everyone arrived.”

Clearly, promoters thought wrong, as they say their team was admittedly overwhelmed and underprepared. It didn’t help matters that, according to them, “wind from rough weather” took down what they estimate to be half of their tents the morning of the event.

Their solution? Take people to the beach and build makeshift tents as they arrived en masse. When that didn’t pan out, they cancelled the event, shipping everyone back home (albeit not without issues there, as well, with not enough transportation to get fest-goers off the grounds).

Relieved to share that all guest are safe, and have been sent the form to apply for a refund. Our deepest apologies… #fyrefestival

All Fyre fest attendees are now reportedly safe at home with instructions for receiving refunds and a sizable donation being planned to the Bahamas Red Cross Society, and fest promoters are now doing the unthinkable: They’re making plans for #FyreFest2018. (Yes, really!)

In an attempt to see the bright side of things, they shared the news that from the chaos that was their disaster came offers to get involved with a “bigger, better” fest next year.

Stuck at #fyrefestival trying to leave for the last 8 hours. barley any food or water or security or electricity pic.twitter.com/jHPMnJw5gx

“Venues, bands, and people started contacting us and said they’d do anything to make this festival a reality and how they wanted to help. The support from the musical community has been overwhelming and we couldn’t be more humbled or inspired by this experience,” they wrote. “People were rooting for us after the worst day we’ve ever had as a company. After speaking with our potential partners, we have decided to add more seasoned event experts to the 2018 Fyre Festival, which will take place at a United States beach venue.”

While it may seem like a joke, given the circumstances, the company appears to be rather serious about its intentions, saying “We need to make this right. And once we make this right, then we will put on the dream festival we sought to have since the inception of Fyre.”

But will they have any customers? Fool me once…

Do you think fest-goers should give Fyre Festival another chance? Sound off over @BritandCo.

Nicole Briese
Nicole is the weekend editor for Brit + Co who loves bringing you all the latest buzz. When she's not busy typing away into the wee hours, you can usually find her canoodling with her fur babies, rooting around in a bookstore, or rocking out at a concert of some sort (Guns N' Roses forever!). Check out all her latest musings and past work at nicolebjean.com.
Controversy
Celebrity News
Controversy Music