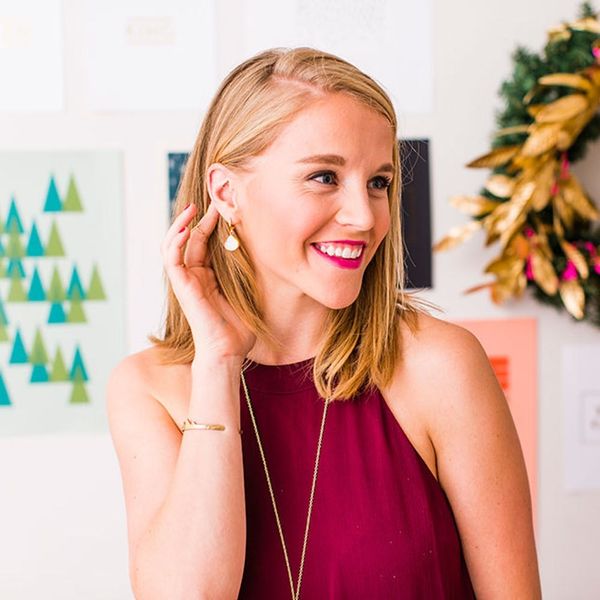 The holidays are a time to let your inner beauty babe shine. You can have fun with glitter (don’t go overboard, though), rock a candy apple red lip seven days a week and sport fun ‘dos that are a definite step up from your day-to-day hairstyles. While there are probably a couple of go-to holiday looks you have in mind for this year, you shouldn’t forget about all the old school holiday beauty inspo that’s out there. Believe it or not, some of the most epic seasonal hair + makeup looks are from decades ago.

Thankfully, a new video from Allure takes us on a trip through the holiday beauty ages. Beginning with looks from 1916 (!), the compilation can inspire us to recreate classic styles from the past for all the events we’ve got lined up this month.

At the beginning of the 1900s, the makeup we know (and love) today wasn’t around, so women got creative and made their own rouge. This stuff gave their eyes, lips and cheeks a healthy pop of color. Fast forward to 1927, when women loved their cupid’s bows — so much so that they used heavily pigmented lip colors to bring out their shape. During the mid-1930s, classic glam started to become a thing: Women let their hair down (literally) and opted for the soft waves you associate with today’s Old Hollywood look — red lip included. A few years later in the 1940s, women were all about tight pin-curls, a style that’s still sought-after today during the holidays. When the ‘50s came around and curls were OUT, sleek styles (with a littttle wave) were in — this is when the soft bob became popular. 1964 was the year of seriously volumized hair and dramatic eyes, thanks to double-winged liner. More natural makeup — and straight hair — became popular in the 1970s.

The ‘80s were a fun time for beauty because they were all about being bright and bold. From eyeshadow to lipstick, the name of the game during this time period was the more color, the better. Oh, and don’t forget about lots of hairspray and teasing. 1993 rolled around and the amazingness that is ‘90s makeup began. Dark brown lipstick became a thing, and for good reason: It’s actually a universally flattering shade that’s become popular again today (thanks to Kylie Jenner?). Color was out in the early 2000s because gloss was in: People opted for shiny lip products instead of bold hues in 2007. In terms of hair, heat tools became popular (a blessing and a curse, if you ask me!), making super-straight + side bangs a go-to style in the early 2000s.

Today’s holiday beauty vibe is all about looking like a super polished version of yourself. Crazy bright colors and super out-there looks aren’t always the best option when it comes to the holidays; it’s better to keep things a bit more classic. Think casual curls (like #WokeUpLikeThis waves) that are lightened up with balayage highlights that act as a contour for your hair. A strong brow game is crucial — just ask Cara Delevingne — and is a look that’s become trendy this year too. The most important thing to keep in mind for your holiday beauty this year is that you should rock whatever makes you *feel* your best.

What are your favorite holiday beauty looks from the past? Tweet us with your faves!