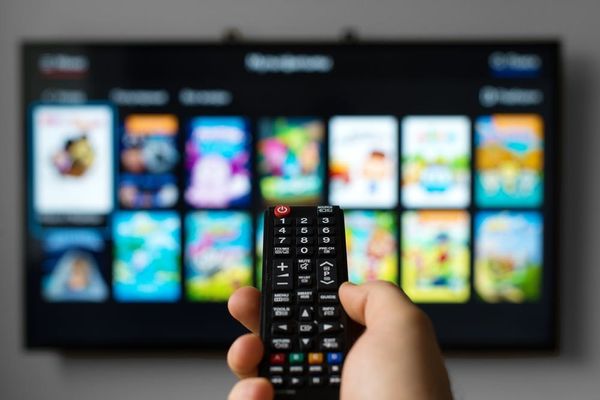 Apple recently revealed more details about its upcoming streaming service, and while there is no firm release date just yet, the upcoming content offerings — featuring everyone from Reese Witherspoon and Jennifer Aniston to Oprah Winfrey and more — mean even more must-see TV alongside the wealth of content already available from Netflix, Hulu, and Amazon Prime.

And the tech giant isn’t the only major company set to join the streaming race in 2019: Disney’s long-awaited service, Disney+, is set for a late-2019 rollout (complete with big-budget originals), as is Warner Media’s. With each service offering something a little different from the next, it’s tempting to sign up for multiple providers. But option overload is becoming a very real problem, and if you haven’t already, you might soon find yourself suffering from what the industry is starting to refer to as “subscription fatigue.”

“While consumers appreciate the freedom to customize their entertainment experiences, they don’t enjoy the friction — the hassles, responsibilities, and even vulnerabilities — that can result from choosing options à la carte,” a recent digital media trends report from Deloitte concluded. The reasons for feeling burned out included shows disappearing from services, difficulties discovering content, and, of course, mounting costs — not to mention the struggle to attempt to keep up with the latest and greatest TV shows and movies.

If the digital streaming revolution was a reaction to bloated and overpriced cable TV options, which often saw consumers paying for channels they didn’t even watch, it now seems poised to present a similar problem. It’s not likely that the business will pivot yet again so quickly, so in the meantime, there are ways to try to stay on top of those mounting subscriptions (and their resultant credit card bills).

Many services, for example, offer free trials for short periods of time. It’s a cost-effective way to at least log in and see if you like what’s on offer. If you don’t, you can cancel once the trial period is up. (But don’t forget, or you’ll end up subscribed to yet another service.)

If you like everything and need help narrowing down your options, word-of-mouth referrals from friends with similar and trusted taste is a good start. And ultimately, it’s important to be honest with yourself about your viewing habits, including how much free viewing time you have and what you tend to spend it on. (No judgment — we also watch Netflix rom-coms at least twice each.)

Once you have your slate of subscriptions, it’s helpful to periodically review what you’re paying for and consider whether you’re getting your money’s worth based on how much you’re watching. It’s not a perfect system, of course, as it does require both regular attention to your credit card statements and several manual steps to cancel a service. But it’s easy to sign back up should you change your mind.

The so-called streaming wars aren’t going to slow down anytime soon. By taking charge of your subscription life, though, you’ll be better equipped to navigate the changing media landscape.