Why Watching Reality Dating Shows Is Hurting Your Love Life 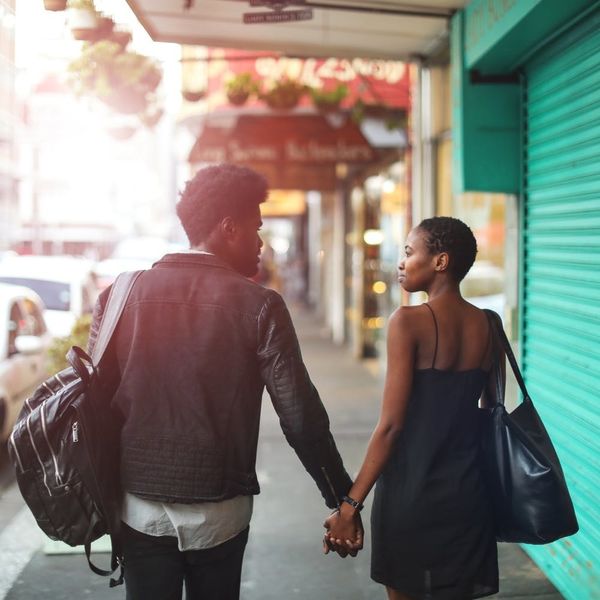 There’s nothing wrong with loving reality TV. Call it a guilty pleasure, a vice, or the best thing to ever happen to you — it’s a cultural phenomenon, and you’re far from alone if you love the experience of putting on your coziest joggers, ordering some takeout, mixing up a keto-friendly cocktail, inviting a few pals over, and cueing up a marathon of unscripted television.

There’s no judgment here about your reality TV fandom, but you may want to take a minute to consider how love-focused shows, in particular, are affecting your thoughts on dating and relationships. “Reality dating shows have given millennials an unrealistic view of relationships that is completely surface-based and temporary,” relationship expert and co-founder of matchmaking service Platinum Poire Rori Sassoon tells us.

If you’re a fan of shows like The Bachelor, Dating Around, and other similar reality TV, this probably doesn’t come as a surprise. When the dating process is portrayed as one that takes place in a short time frame with limited interaction and lots of glitz, it’s easy to fall victim to the assumption that finding a partner is more superficial than not. Unfortunately, though, the problem with reality dating TV may go even deeper than that. According to Sassoon — who has some reality television experience of her own, having made a cameo appearance on Real Housewives of New York in 2018 — this kind of programming has also catalyzed a shift in how we understand even deeper subjects: true love, love at first sight, and soulmates.

“Reality TV encourages an unrealistic view of finding your dream relationship,” she says. “Most people are [now] shopping fast and moving on, instead of getting to know people.” Sassoon names The Bachelor as the primary culprit of these counterproductive narratives (sorry, fans!). She notes that Bachelor “winners” can be lucky if they’ve spent more than a handful of consecutive hours with their suitor, which — as we’ve seen in the aftermath of many of these relationships — is potentially disastrous for the marriage-minded.

Even beyond reality television that’s specifically geared toward matchmaking, unscripted shows are sending less than ideal messages. Reality TV stars across the board are often portrayed as swiping through their phones in order to meet their next date, and while dating apps can be effective for some, when viewers begin to understand them as the only way to go, things can get murky.

“Everyone wants to emulate TV,” Sassoon says. “If they see reality stars finding their soulmate in a week, they think they can too. There’s no romance at all. The apps and shows reinforce each other. Millennials may see dating as instant gratification, then on to the next.”

The good news is that you don’t have to give up your favorite reality shows in order to give your romance mindset back on track. Now that you’re aware of the toll that TV may be taking on your search for true love, you can begin to compartmentalize. “Recognize that it is reality TV, and it’s really very unrealistic,” Sassoon advises. “Meet a person in-person, give people an opportunity to show you who they really are, and spend time with someone for at least a full year before committing. Dating is supposed to be fun and an adventure. Enjoy the ride!”

Let go of the idea that a love connection has to be immediate, or that swiping indefinitely is the ideal path to a great relationship. Try putting yourself out there in new ways and practice patience. And hey — when you find that right person, you’ll have the perfect cuddle buddy for the nights you want to stay home and watch reality TV.

From Your Site Articles
Alli Hoff Kosik
Alli Hoff Kosik is a freelance writer who is passionate about reading, running, rainbow sprinkles, her lipstick collection, watching embarrassing reality TV, and drinking pink wine. She lives in Brooklyn with her husband and (in her dreams, at least) three golden retriever puppies. Listen to her talk books on The SSR Podcast.
Dating
Relationships
Dating Relationship Advice
More From Relationships