If You Ordered a Unicorn Frappuccino Your Barista Probably Hates You 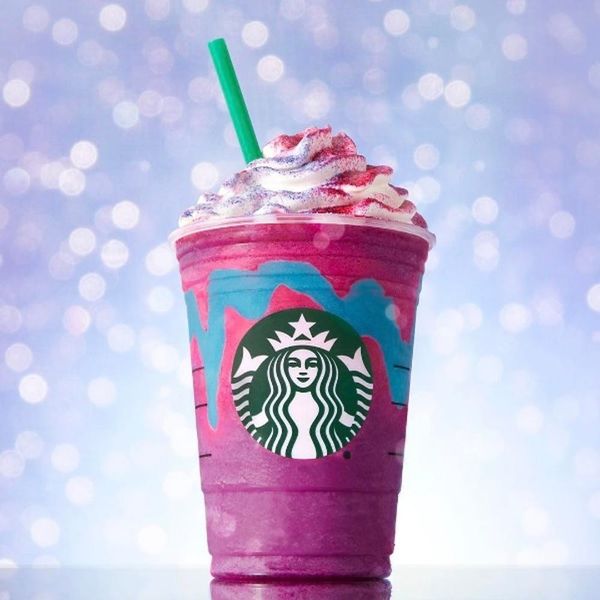 There’s no ignoring the fact that the internet is freaking out over Starbucks’ Unicorn Frappuccino. Surely by now you’ve seen about a million pics of the pink and blue sprinkle-dusted drink posted on Instagram, along with your friends’ reviews (too sweet? Too sour? Too much like a Sour Patch Kids-laced birthday cake?). And though it’s only available for a few more days, it’s already sparked its fair share of anger. Chances are, if you’ve ordered a Unicorn Frappuccino, your barista probably hates you.

With nearly everyone you’ve ever heard of rushing to their local Starbucks to try out the latest, greatest trendy drink (so much so that’s it’s sold out in many locations), baristas aren’t exactly thrilled. Frankly, the drink isn’t the easiest for them to create and is therefore earning plenty of hate from those tasked with the magical cup o’ unicorn-ness.

Take a peek at the (sorta hilarious) Unicorn Frapp hatred…

Made one when I clocked into work today it's so beautiful 😭 to bad I had to make about 100 today 😵 #starbucks #barista #unicornfrappuccino pic.twitter.com/JxY03uVxbO

@kbreezin @iambburson @Starbucks YOU HAVE NO IDEA. MY HANDS ARE STAINED PINK. I AM COVERED IN UNICORN BLOOD. AND IM SURE I LOOK INSANE IN 75 DIFFERENT INSTA PIC BACKGROUNDS

This is a PSA to not visit your local Starbucks today- we are all dying. #unicornfrappuccino

I've worked every BOGO/sale since I started in October and #unicornfrappuccino launch day was by far the WORST of it all.

When you come out of #unicornfrappuccino day looking like #Barista braveheart pic.twitter.com/IjVXyQ6oW2

There’s even Unicorn Frapp fear brewing around the world…

@StarbucksUK thanks for not ruining baristas lives with the #unicornfrappuccino ! Talked to one today and she's scared it gon come 😂🤞🏻

Not to mention intimidated customers…

I can't decide if I want to annoy @Starbucks employees and get the #unicornfrappuccino. 🦄🖤👽

And then there’s this dude (who apparently didn’t see the horrifying stats on dangerous distracted driving because he’s filming while on the road) who is absolutely flipping out over the sitch!

Though, really, if you’ve “never been so stressed out in all of [your] life” because you’re having to make a few sticky drinks, then we shouldn’t be shocked by the fact that a few Unicorn Frapps are enough to make you absolutely lose it.

Have you tried the Unicorn Frappuccino? Did your barista seem annoyed to have to make it? Let us know @BritandCo!

Desiree O
Desirée O is a ‘Professional Bohemian’ who loves anything and everything related to the arts, entertainment, and pop culture. She ADORES being a ‘Newsy’ for Brit + Co, covering all of the latest tidbits of awesomeness that you want to read about. When she’s not writing, she’s either making messy art, going on long adventurous walks with her camera, or poking around over at bohemianizm (http://www.bohemianizm.com/). You can find out about Desirée O and her work at http://DesireeO.com/ or follow her on Twitter @DesireeO.
Starbucks
Food News
Starbucks
The Conversation
Reviews:
More From Food News