11 Ways to Satisfy Your Sweet Tooth With an Instant Pot 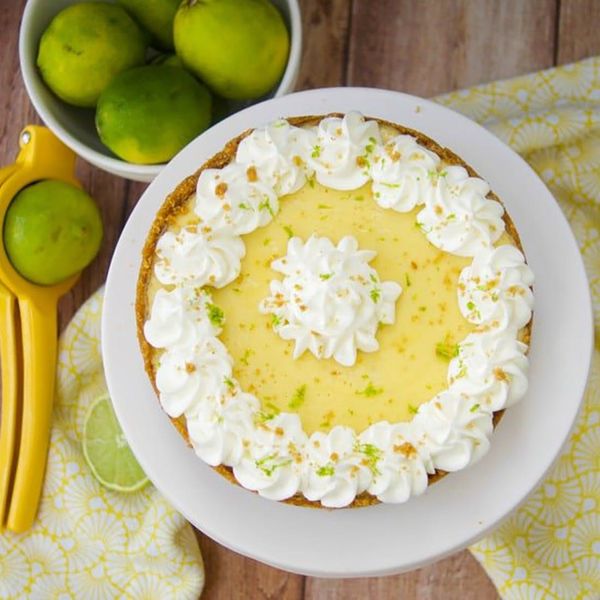 There's a reason everyone is obsessed with the Instant Pot right now. The gadget can do just about anything, whether that's making yogurt or cooking fall-off-the-bone tender meat in 30 minutes or less. One thing you might not realize, though, is that it can also make desserts. Classics like brownies, pumpkin pie, and chocolate lava cake come together in a fraction of the time they'd normally take, so you can have a decadent treat without giving up your whole day to baking. These 11 recipes will help you satisfy your sweet tooth in an instant.
New York Cheesecake: The secret to making a cheesecake that doesn't crack is cooking it in a water bath in the oven. Baking it in a pressure cooker cuts out the middleman and practically guarantees that your cake will be perfect every time. (via Pressure Cook Recipes)
Instant Pot Rice Pudding: This treat tastes great warm or cold, so save whatever you don't eat right away for later. (via Sweet and Savory Meals)
Pumpkin Pie: This super fast pumpkin pie recipe will give you an excuse to cook the fall favorite all year long. (via Pressure Cooking Today)
3-Ingredient Japanese Cheesecake: Odds are you've probably seen this cheesecake before — it went viral for being so easy to make. Now, thanks to the Instant Pot, it's even easier. (via Kirbie's Cravings)
Fudgy Brownies: These brownies are fudgier than usual, because cooking them in a pressure cooker keeps them moist rather than drying them out like an oven might. (via Taste and Tell)
Pumpkin Chocolate Chip Bundt Cake: Greek yogurt and pumpkin purée keep this bundt cake fluffy and tender instead of dense and chewy like a lot of bundt cakes can be. (via A Pinch of Healthy)
Mini Pineapple Upside-Down Cake: Using an Instant Pot makes the whole process of whipping up a pineapple upside-down cake way less intimidating. (via By Pink)
Crème Caramel: Custardy, creamy goodness is now just nine minutes away in a pressure cooker. (via Pressure Cook Recipes)
Dump Cake: You only need three ingredients to make this super quick cake: whichever boxed cake mix and canned pie filling you prefer and a bit of butter! (via Temecula Blogs)
Key Lime Pie: It turns out that the Instant Pot is much more forgiving than an oven and won't dry out your dessert if you accidentally leave it in for an extra minute or two. (via Temecula Blogs)
Chocolate Lava Cake: Get this chocolatey indulgence started right as you're about to eat dinner — that way it'll be hot and ready when you're done. (via Paint the Kitchen Red)

Show us how you’re using your Instant Pot by tagging us on Instagram @BritandCo.

Audrey Bruno
Audrey is a food and travel writer currently living in Berlin. She's always on the lookout for funky wine, sour beer, and the dirtiest martinis, and if she were a food, she'd be a pickle.
Dessert Recipes
Recipes
Dessert Recipes Food Recipes Roundups Instant Pot Recipes One Pot Meals
The Conversation