JAY-Z Admits to Cheating on Beyoncé: ‘Most People Walk Away’ 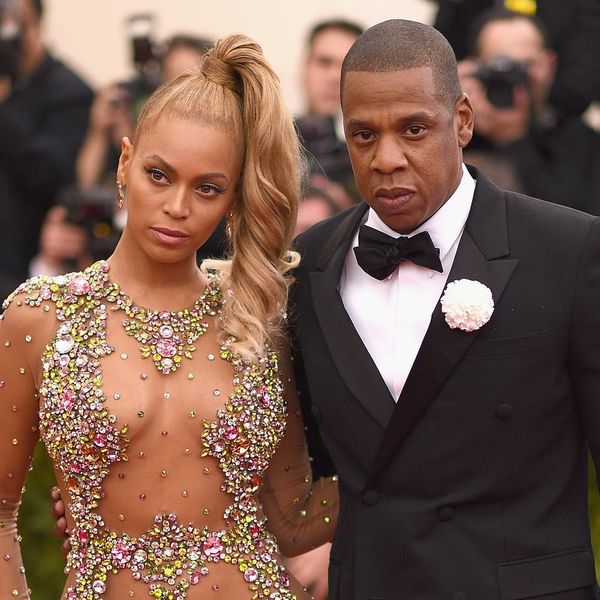 Life is pretty sweet for Beyoncé right now. Not only did she top Forbes’ list of the highest-paid women in the music industry for 2017, but she also bought a $26 million East Hampton home, and she’s set to voice Nala in the upcoming live-action remake of Disney’s The Lion King. And that’s on top of the fact that she’s the proud mom of five-year-old Blue Ivy and five-month-old twins Sir and Rumi. But as her husband, JAY-Z, shared in a new interview, they’ve weathered their share of storms.

Opening up in a surprisingly candid chat for The New York Times Style Magazine, the rapper addressed the rumors of infidelity that first cropped up way back in 2013, as well as the choices the couple had to make after he apparently strayed.

Ultimately, both he and Beyoncé decided to stick it out and face the issues that had manifested in their marriage. And he faced his own issues, too, in therapy. “I grew so much from the experience,” he told executive editor Dean Baquet. “But I think the most important thing I got is that everything is connected. Every emotion is connected and it comes from somewhere. And just being aware of it. Being aware of it in everyday life puts you at such a… you’re at such an advantage.”

That infidelity was pretty much confirmed last year, when Bey released her Lemonade album, which used various songs to lay out the betrayal, her response, and their attempt to heal afterward. The Roc Nation boss also alluded to the cheating in his song “4:44,” where he says, “And if my children knew, I don’t even know what I would do / If they ain’t look at me the same / I would probably die with all the shame / ‘You did what with who?’ / What good is a ménage à trois when you have a soulmate? / ‘You risked that for Blue?'”

Now, he says that although the music was not easy to make or listen to, it was necessary and part of their healing process. “We were using our art almost like a therapy session,” he explained to Baquet. “We were sitting in the eye of the hurricane. The best place is right in the middle of the pain. And that’s where we were sitting. And it was uncomfortable. And we had a lot of conversations. You know. [I was] really proud of the music she made, and she was really proud of the art I released. And, you know, at the end of the day, we really have a healthy respect for one another’s craft. I think she’s amazing.”

It sounds like these two have weathered the storm and are embracing the sunnier days ahead.

What do you think about JAY-Z’s statements about his marriage to Beyoncé? Let us know @BritandCo!

Desiree O
Desirée O is a ‘Professional Bohemian’ who loves anything and everything related to the arts, entertainment, and pop culture. She ADORES being a ‘Newsy’ for Brit + Co, covering all of the latest tidbits of awesomeness that you want to read about. When she’s not writing, she’s either making messy art, going on long adventurous walks with her camera, or poking around over at bohemianizm (http://www.bohemianizm.com/). You can find out about Desirée O and her work at http://DesireeO.com/ or follow her on Twitter @DesireeO.
Beyonce
Celebrity News
Beyonce Celebrity Couples
More From Celebrity News