Keeping Up With the Kardashians Recap: Kristen?!?!? 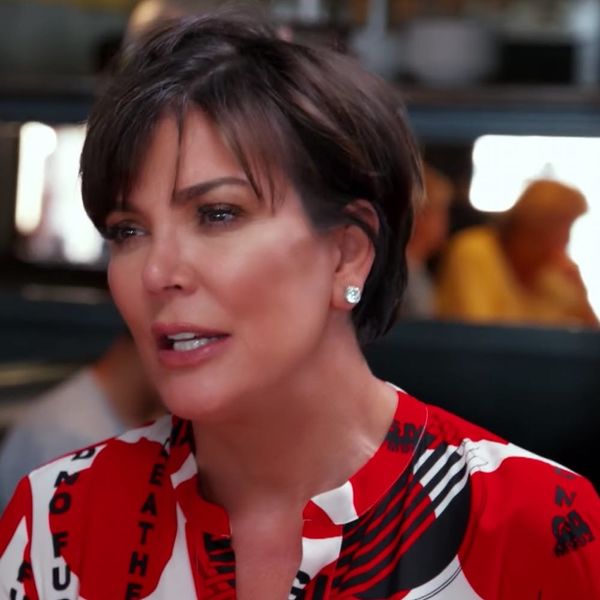 It’s lowkey drama week on Keeping Up With the Kardashians as we not-so-patiently wait for the show to catch up with real time and all of the famous babies they are unleashing on us in order to eventually just be all of E!’s programming. Think about it. 24 hours of Kardashian/Jenner spin-offs. One hour dedicated to Khloé’s dietary changes, another to Kim speaking on the dangers of over-tweezing, and a third on Kendall’s athleisure workwear. I think we’d learn so much about them and ourselves if we had 23 more hours of them in our lives every day!

Scott decides he wants to know more about Kris and asks her questions about her childhood. He learns that her biological father was an engineer who lived in Ohio. Ohio. To think that Kris could’ve ended up the most intense momager of Ohioans! Sensing that there are some good stories for him and the girls, Scott decides to create a legacy video for the whole family. Let’s be real here, I’m very suspicious of Scott’s motives. He’s on an upswing of sobriety and not acting like a jerk and I’m very concerned that if he backslides, he’ll be screaming at Kourtney, “I made a legacy video of your mother! LOVE ME!” But for now, I suppose it’s a lovely gesture.

Scott doesn’t like hard work but works very hard at hiring a film crew to do most of the work. He interviews Kris while a slideshow of old pictures plays and perhaps the biggest reveal of the whole thing is that “Kris” is short for “Kristen”. Wow. I just don’t think of Kris as a Kristen. She just reads as more of a Kristina or a Kristiane. Kristen Houghton, the budding flight attendant from San Diego, has come a long way, folks. For the kids, the biggest reveal is that Kris was dating a man named Caesar but hooked up with Robert Kardashian in Caesar’s home when she thought he was out of town only for him to return home to surprise her. “You’re such a whore! Now we know where we get it from!” Khloé yells. Well done, Scott.

Khloé and Malika are in the thick of a feud that has been building over a year. Khloé believes that Malika is jealous of Tristan and the two stop speaking after a misunderstanding over a trip to Cabo. They meet up to resolve their differences and Malika tells Khloé that she wants to have just girl time and not always be around the guys. She wants Khloé to call her when she’s stubbed her toe or feels sick. Khloé, ever the MVP, is totally willing to step up and pay a little more attention to Malika, but wisely points out that Malika should feel secure in their longstanding relationship as she goes through lifestyle changes. Our baby sis is really turning into a Khloprah and I’m here for it. After Malika’s newest relationship fizzles a few weeks in, Khloprah has a matchmaker visit her and they’re back to spending quality time not getting to the core of Malika’s insecurities. Give it time, y’all.

Kris and Kim are getting light therapy for their psoriasis when Kris gets a call from a panicking Kendall. Look, Kendall, I’m sure it’s serious, but as a fellow psoriasis-sufferer, I would ask that you take a few deep breaths while mom and sis try to slow down their skin’s overproduction, mmkay? Kendall, of course, has been dealing with heightened anxiety as a result of Kim’s robbery, her own stalker, and lots of traveling for work, but has been too stubborn to explore all of her options. This is quickly resolved when she discovers sound baths. While she meditates, a practitioner creates a variety of soothing sounds to get Kendall in a supreme state of relaxation. White noise machines are out and sound baths are in. Thanks for keeping me on trend, ladies!