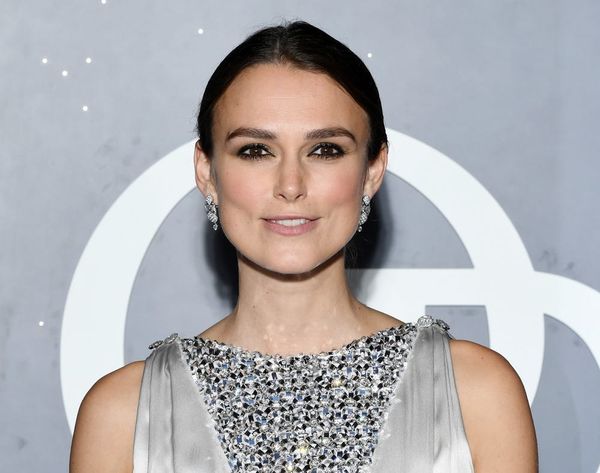 There are a lot of reasons why someone might suffer post-traumatic stress disorder. In Keira Knightley’s case, it was because of what she called a “mental breakdown” when she was 22.

Knightley opened up about her struggles in an interview with The Hollywood Reporter‘s Awards Chatter podcast, revealing that she was diagnosed with PTSD early in her career, after years of personal turmoil compounded by the pressures of sudden fame. The actress was still a teenager when she landed her breakout role in Bend It Like Beckham, which was followed by other high-profile parts in the Pirates of the Caribbean movies and Love, Actually.

“That run of films was completely insane,” she recalled. “It’s amazing looking back at it from the outside — you’re like, ‘Whoa, that was hit after hit after hit!'”

At the time, though, she felt “worthless” and anxious about even leaving the house. “From the inside, all you’re hearing is the criticism, really,” she said. “And, also, I was aware that I didn’t know what I was doing, you know? I didn’t know my trade, I didn’t know my craft. I knew that there was something that worked sometimes, but I didn’t know how to capture that.”

And then there were the paparazzi. “It was big money to get pictures of women falling apart, because you [consumers] wanted them to be sexy, but you wanted to punish them for that sexuality. … If you [female stars] weren’t breaking down in front of them, then it was worth their while to make you break down in front of them,” she said. “So suddenly there was a level of violence, it felt, in the air, that is not a thing that anybody would react to well.”

By the time she finished filming 2008’s The Duchess, she felt like she was “sinking.” Her “crash” came not long after that. “I did have a mental breakdown at 22, so I did take a year off there and was diagnosed with post-traumatic stress disorder because of all of that stuff,” she told THR.

“I went deep into therapy and all of that, and she [the therapist] said, ‘It’s amazing — I normally come in here and have people that think people are talking about them and they think that they’re being followed, but actually they’re not. You’re the first person that actually that is happening to!'”

These days, the star is in a better place and has learned to not care what other people think of her. She’s also more secure in her talent. “I want to get better and I’m not saying that there’s not a ways to go — I want to keep learning and keep pushing myself — but I’m in a good place where I feel pretty confident about what I can do,” she said.