Kim Kardashian Is Getting Called Out for Cultural Appropriation Again 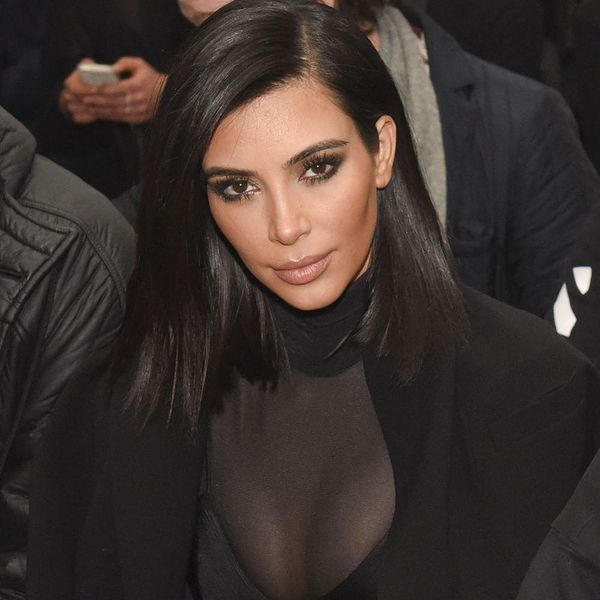 Kim Kardashian is in hot water again over a hairstyle. The Keeping Up With the Kardashian star’s latest ‘do is getting slammed as cultural appropriation. For a date night with husband Kanye West, the mother of two’s stylist Chris Appleton parted her hair down the middle and surrounded both sides with evenly spaced bobby pins. While some are going gaga over the exposed pins, others are crying foul and accusing Kardashian of copying a “doobie” or a “wrap,” a method that helps keep textured or naturally curly hair smooth and straight.

It’s not the first time North West’s mom and her sisters have been called out for appropriating styles from other cultures, i.e. the boxer braid fiasco, Kim K’s pierced nails, and Khloe’s bantu knots.

But the latest bout of criticism started when commenters praised its edginess and called the style a “bobby pin headband.” For his part, Appleton described it as a “BobbY Pin Do” in his caption. Critics were quick to voice their opinion. One wrote, “Boy if you don’t! Give credit where credit is due. Say you were inspired by Caribbean women and their doobie wraps. Bobby Pin Do? Boy bye. How quick people forget where they came from when they get a little fame.”

Even though *technically* Kardashian’s hairstyle isn’t a doobie wrap (because she still has a bun at the back of her head versus wrapping the hair around entirely), it definitely has strong similarities to the hair wrapping method.

Kardashian isn’t the first celeb to be photographed with a style resembling a doobie wrap. Rihanna wore her hair in the same manner to the American Music Awards in 2013, but she was actually applauded for wearing a real doobie wrap out of the house.

What do you think of Kim’s hair choice? Tweet us @BritandCo!

Channing Hargrove
Channing Hargrove is a freelance fashion editor and writer in New York City. When she isn’t writing about clothing (or shopping, for research, of course), Channing is writing about life in a tiny studio apartment in a big city — and what she’s wearing — on her blog, Channing in the City.
Celebrity Hair
Hair
Celebrity Hair Controversy Kardashians
More From Hair