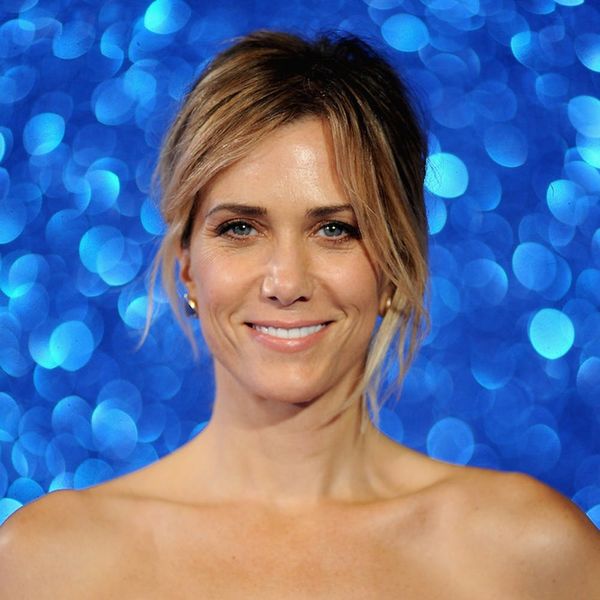 It probably came as no shock to anyone that Beyoncé turned out to be the real reason people watched the Super Bowl last weekend. She stole the show, of course, with her “Formation” performance, duets with Bruno Mars and Coldplay and expertly timed tour announcement. But now it’s finally time for Denver Broncos quarterback Peyton Manning to get a little shine, and what better way for him to be put in the spotlight than via Kristen Wiig impersonating him?

“I look good, I’m still so tired from Sunday. I tried really hard,” Kristen, dressed as Manning, said. When pressed about how “he” felt during the last minutes of the game, she responded, “I’m thinking I’m so far from the line and I have to get it to the, I gotta do it, gotta get this ball to the guy,” causing everyone (okay, me) to nearly do a spit-take at their computer.

It was during a rapid-fire question period that the Zoolander 2 star’s hilarious improv skills were really put to use. What’s your favorite food? “French fries and toast.” Favorite band? “Maroon 5.” Favorite store? “Sears,” she continued, barely able to stifle her laughter.

Of course this isn’t the first time Kristen has committed fully to impression bits on Fallon — one time she showed up as Harry Styles. Another, as Game of Thrones‘ Khaleesi. Every time, we died.

What’s your favorite Kristen Wiig impression? Let us know on Twitter at @britandco!