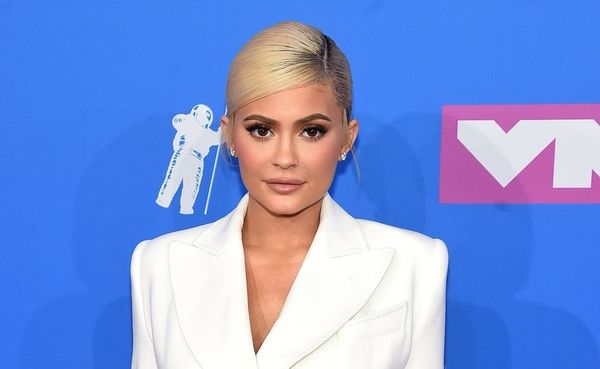 On Monday, January 21, Kylie Jenner tweeted that she was “cooking up” something exciting for her fans, leading many to believe she was about to reveal that she was pregnant with baby number two. But the Kylie Cosmetics boss was quick to shut down the speculation.

“I have something really exciting I get to share soon with you guys!” Jenner tweeted. “I’ve been cooking this up for a while [and] I can’t wait to share my new project alreadyyy.”

A short time later, the KUWTK star replied to a fan who asked if she was pregnant again with a simple “noooo lol.”

I have something really exciting i get to share soon with you guys! I’ve been cooking this up for awhile i can’t wait to share my new project alreadyyy 😁☺️

She also said that the news did not involve Kylie Cosmetics or a collaboration, and that she wasn’t working on music of any kind — just in case you were wondering.

Jenner welcomed her first child, daughter Stormi Webster, with boyfriend Travis Scott almost one year ago. The 21-year-old has been open about her desire to have more children in the future, but has not indicated that she is ready to do so just yet.

The Kardashian-Jenner family will grow again in 2019, though: Rumors recently surfaced that Kim Kardashian and Kanye West were expecting their fourth child, and Kim then confirmed the news in a low-key way during an appearance on Watch What Happens Live With Andy Cohen, saying that the newest bundle — a baby boy — would be arriving “sometime soon.”

“I think it’s been out there,” the KKW Beauty founder said of her own nonchalance about the news. “I got drunk at our Christmas Eve party and told some people. I can’t remember who I told because I never get drunk.”