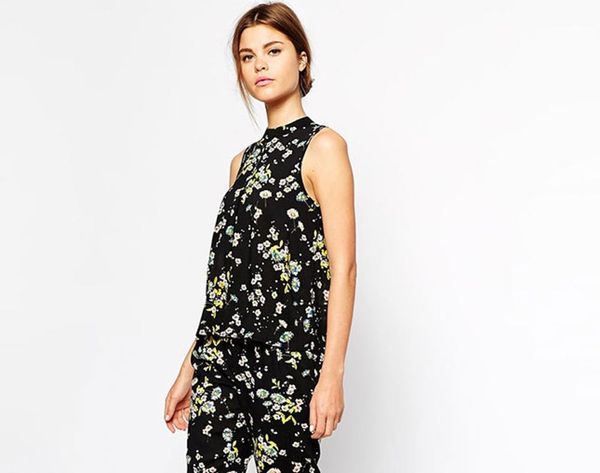 As much as we’re obsessed with patterns on our clothing, from French Girl stripes to florals, it looks like 2015 is the year we officially retire our printed bottoms. According to a report published by retail analytics company EDITD, it’s one of the top trends of 2014 to be hit hard by a case of out with the old, in with the new.

Whether you’re shocked by the news or not — and if you’ve got as many pairs of joggers in your wardrobe as we do, then we’ll consider you a part of the latter — the fact is that printed pants are just not selling. EDITD ran the numbers to prove it, analyzing how new arrivals had been priced and then promoted or discounted on the market over the past year. Based on those findings, they recommended which items retailers should be pricing to move over the holidays with the goal of clearing out stock. In addition to the fancy pants, seasonal favorites like Christmas sweaters, sleepwear, fur and onesies fell among the dying trends.

The only real surprising item on the list: statement outerwear — a piece that’s been making headlines lately after Blake Lively championed the look as must-own maternity wear (or if you’re a fangirl, just must-own wear). Can Blake save this dying trend? According to EDITD, what’s done is done. But instead of wallowing in its reportedly imminent passing, we recommend taking advantage of its average 20+% discount across major retailers. Anything to ease the pain.

What trends are you *so* over? Tell us what you’ve moved onto in the comments below.