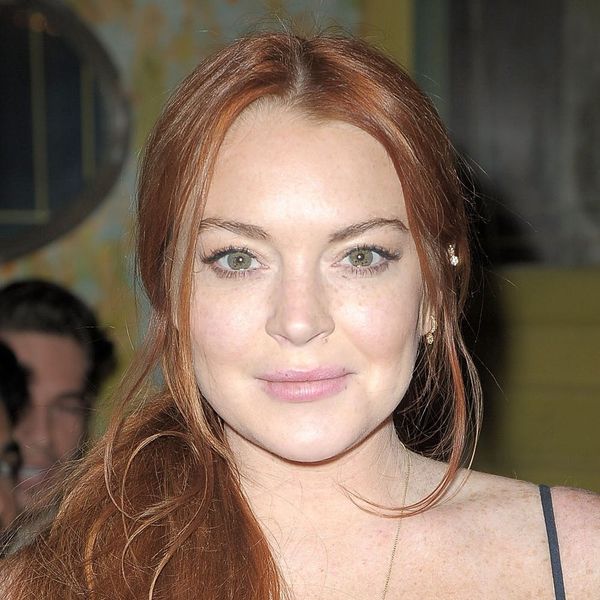 It’s been a rollercoaster couple of years for Lindsay Lohan. The Mean Girls star has been pulling back from the spotlight for quite some time now — we haven’t seen her in a feature film since 2013’s The Canyons (which wasn’t exactly a box office hit). Despite her requests to star in reboots of both The Little Mermaid and Mean Girls, it’s been her personal life and not her career that has been making headlines as of late: The 30-year-old lost part of her finger in a boating accident and may or may not have converted to Islam.

Now, it appears she’s ready to step back into the bright lights of her youth, as she stepped out onto the red carpet at Cannes looking like a glamorous old-school starlet of yore: Grace Kelly.

In a black and white tulle-skirt gown by Christophe Guillarme paired with a sleek Carmen Steffans clutch and a strand of elegant pearls, the actress instantly sparked comparisons to a similar look which Kelly (one of her favorite icons) donned in the 1954 Hitchcock classic, Rear Window.

It was quite the departure from the headscarves and roomy jumpsuits she’s been sporting as of late, and she was admittedly a little out of her element after spending so much time away.

“This is very overwhelming here,” she told E!. “I haven’t really been around anything having to do with Hollywood in a long time.”

She might want to get used to it: Not only is she slated to star in an upcoming British comedy called Sick Note alongside Harry Potter’s Rupert Grint and the stateside thriller The Shadow Within (set for release later this year), there’s also talks of a new reality show, The Anti-Social Network, which would see fans taking over her Twitter (no word on whether the series has or will be picked up).

We must say, girl looks stunning. Welcome back, Lindsay — we’ve missed you.

What do you think of Lindsay’s new look? Tell us over @BritandCo.