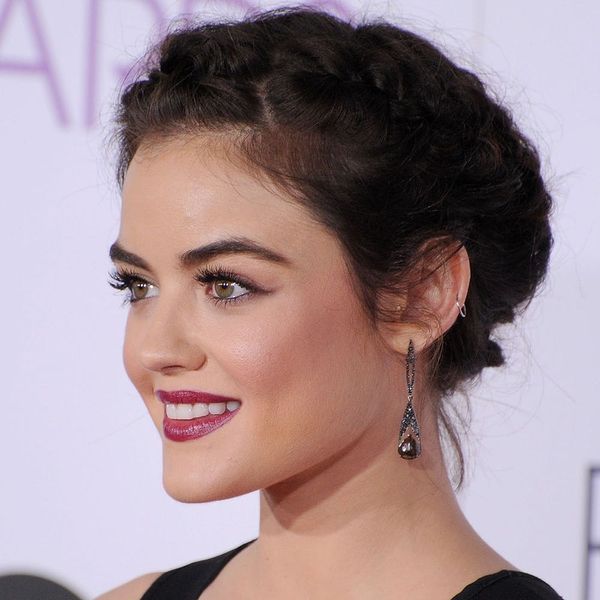 Award show season kicked off with last night’s People’s Choice Awards, and it looks like the first red carpet of 2016 did not disappoint. Celebs showed up rocking glittery gowns, vampy lips and totally unexpected hairdos. While it was all super glam, some of the looks were also surprisingly wearable. Case in point: Lucy Hale’s braided updo.

The Pretty Little Liars star showed up to the event rocking a crown braid styled by Lauren Conrad’s trusted hairstylist Kristin Ess. Super similar to Emily Blunt’s Golden Globe braided hairstyle, Lucy’s look totally worked for the red carpet but could just as easily have been worn on a date or to work. But that’s not even the best part.

In an Instagram Lucy shared last night, she showed us what her hair looked like when she deconstructed the updo. She captioned the snap, “What happens when you take a crown braid out after 6 hours.”

We’re thinking Lucy may have made a mistake taking the braids out before bed. Had she slept on them and taken everything out in the AM, this could have been a super cute slept-on look with the help of some second-day hair products. Not to mention it would also serve as a serious ode to Baby’s short + curly Dirty Dancing tresses. A movie star-approved look that will make us look like another movie star? We’re in.

Tag us on your next-day ‘dos @britandco!