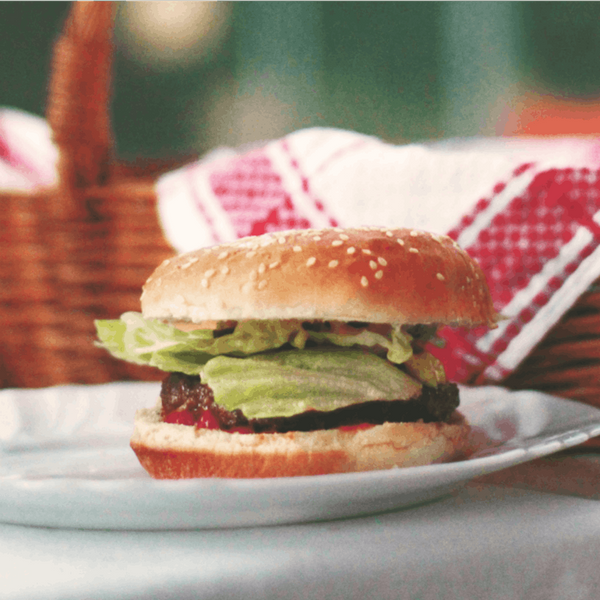 When you think of fast food, the first thing that comes to mind probably isn’t veggie burgers or other healthy meatless fare. But McDonald’s is looking to change all that, thanks to a new vegan burger that they’re testing out in Norway and Finland. Other chains have catered to vegetarians for years (Chipotle has their sofritas, and Taco Bell has a surprisingly robust vegan menu), but McDonald’s has lagged behind its competitors. And as the most recognizable name in the fast food game, it seems like high time they introduce a meatless option on their menu in the US. So what can we expect?

Well, the McVegan being tested in Finland is a soy-based burger, served with the classic lettuce, tomato, onion, pickles, ketchup, and mustard, served between two halves of a vegan bun. The website also says something about a “Vegan McFeast” sauce, but whether that’s a mistranslation or an actual Finnish condiment we don’t know about yet is up in the air.

The vegan burger sold in Norway is called the Veggie McSpice, and it’s made with a combination of vegetables like carrot and bell pepper, breadcrumbs, cannelini beans, and red kidney beans. You can even get the patty served up in a Veggie McWrap or a Sweet Chili Vegetarian McWrap.

Considering the fact that at McDonald’s in the US even the fries aren’t vegan (they contain “natural beef flavors” derived from milk and wheat), we’re pretty curious as to why they can’t throw us a bone (or, uh, broccoli spear?) and start adding more vegetarian options to the stateside menu pronto. Here’s hoping the Finnish test of the McVegan is a success — if it gets enough support there, then maybe we have a chance of ordering some meatless McDeliciousness at the drive-through in the future.

Justina Huddleston
Justina Huddleston is a food writer living in Los Angeles. When she's not busy writing, she spends her time in the kitchen creating both virtuous and decidedly junky vegan food. Buffalo chickpea pizza, anyone? She's also been known to eat a plain block of tofu or beans straight out of the can for lunch, but somehow those culinary adventures don't make it to her Instagram. You can follow Justina on Twitter or see what's cooking in her kitchen on her blog, A Life of Little Pleasures.
Food Trends
Food News
Food Trends Healthy Recipes Vegan Recipes
The Conversation