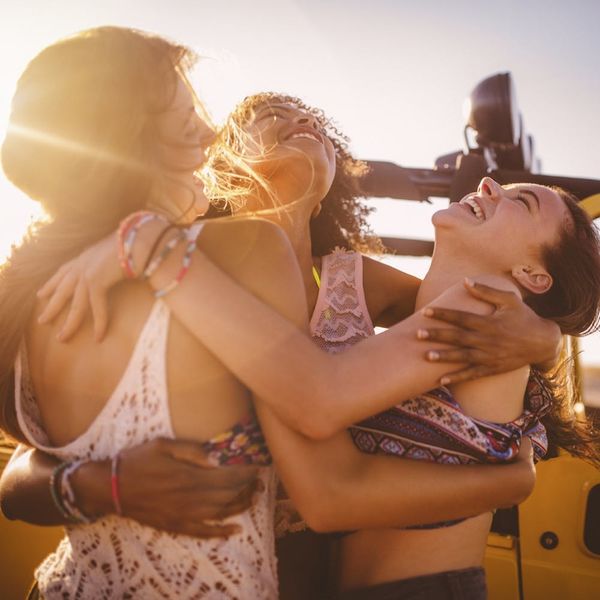 Summer is here, which means people all over the country are gearing up for vacations. Whether it’s the beach, a national park, or just having a good old fashioned Netflix staycation, vacation time really helps with relaxation, and of course it’s super fun. But according to a new study, some people get more use out of their allotted fun time: men!

The study was conducted by Project: Time Off (P:TO), an organization dedicated to promoting vacation time as an essential part of taking care of ourselves, and as something businesses should provide to their employees. Researchers with GfK, a market research company, and Oxford Economics surveyed 7,331 Americans earlier this year about their work and vacation habits, and found that work dominates the American lifestyle, especially among women.

P:TO offered some explanations for why men and women are taking vacation at different rates. Men were shown to plan ahead for vacation more than women were, but that’s just the tip of the iceberg. It also turns out women hear a lot more silence or negative messaging around vacation than their male counterparts.

69 percent of millennial women reported “they hear nothing, mixed, or negative messages about taking time off,” compared to 63 percent of men who said the same. Millennial women also fear the stigmas surrounding vacation time more profoundly than men do, the survey found. Report author Katie Denis tells us that women also tended to feel guiltier about taking vacation time than men did.

It’s also no secret that women have it tougher overall at work. Brit + Co has recently reported on the gender wage gap, perceived lack of ambition among women, and the dealing with workplace sexual harassment. Given all of this, Denis says that this business about women taking less vacation time is not surprising.

But wait a second. There’s clearly a gender gap at play in terms of who is taking more vacation time and how vacation is perceived, but what about the fact that nowhere near all American workers are taking all of their vacation time? Less than half of all workers are using up all their time off… something’s not right here.

According to P:TO’s report, American workers are overall afraid that they’re compromising their job security by taking time off, even though their companies allow for time off. Twenty-one percent of survey respondents said they worry that taking vacation time could mean they won’t be considered for raises or promotions, 23 percent said they fear they will seem replaceable if they take vacation, and 26 percent said they worry taking time off makes them seem less dedicated to their jobs.

The report states that the solution is for managers and company leadership to speak openly about the fact that it’s okay to take vacation days, and not speak disparagingly about vacation or allow negative feelings about time off to spread.

Vacation may seem frivolous or like a luxury, but it’s actually imperative for the well-being of employees, and not taking time off is basically a donation made by an employee to their company. According to P:TO, the average employee effectively donate $604 in work time (read: working for free) to their company last year by not taking full advantage of their vacation time. Countrywide, the US workforce gave up $66.4 billion to the companies they work for.

Fortunately, there are some pretty simple and concrete steps that both managers and employees can take to help course-correct the negativity surrounding vacation time. Denis says that especially for women, it’s really important to plan ahead for vacation. “There’s always some anxiety when employees request time off, wondering whether or not it will approved, but it’s really helpful to plan as far ahead as possible,” she says. This way, there’s ample time to make preparations for employees who plan to be away for an extended period, and managers will be pleased to have advanced notice of a temporary change in their team status.

Denis also tells us that managers have some work to do. Especially for managers who work with millennial women, Denis says it’s important to have consistent, positive conversations about vacation days with their team. Many managers may not even be aware their employees have anxiety or fears about asking for time off, so it’s important to ask these questions and address the pressures the team might be experiencing.

Like with most gender-in-the-workplace issues, a lot needs to change within team and company culture to make things more equitable for women. Chatting with a manager about concerns you have about vacation and being sure to plan ahead might seem scary, but you’re entitled to that time off, dang it! So go ahead and enjoy your days off this summer, you deserve them.

Do you have nerves or feel pressures surrounding vacation days? Tell us about it on Twitter @BritandCo.