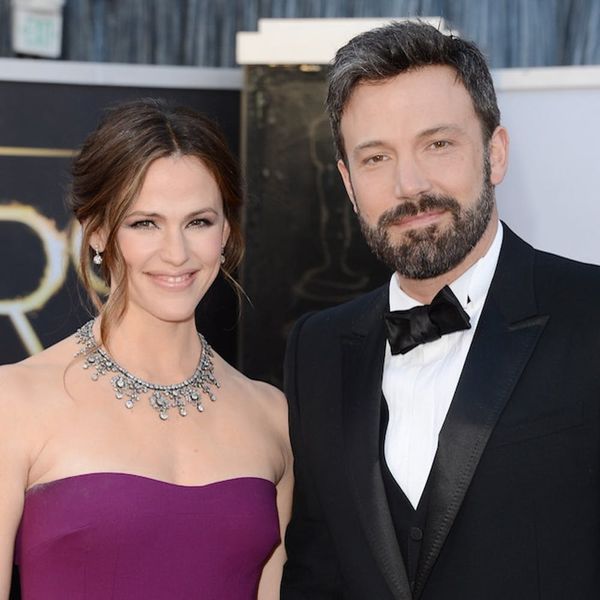 Big personal news from Ben Affleck and a bad reaction to a Matrix reboot lead this morning’s top news stories. Check those and more out below.

1. Ben Affleck penned an honest Facebook post about a recent stint in rehab for alcohol addiction, something the actor says he has “dealt with in the past and will continue to confront.” In the post, Affleck details his desire to “live life to the fullest and be the best father I can be,” being an example for his children to seek help if needed and be there for others. He also gave his gratitude to Jennifer Garner — who he split with two years ago but never actually finalized a divorce — for her support of him and for caring for their kids. All the best for an ongoing recovery. (Image via Ben Affleck/Facebook)

2. This is it for This Is Us for the season, and fans are mad they didn’t cry more. If there’s anything you know about This Is Us, it’s that it’s a guaranteed cry fest every week. Last night’s season finale was no exception, but it also didn’t quite seem to live up to the end-of-the-world weightiness that had been teased. A cursory search on Twitter proves that many fans wanted to cry MORE, which, LOL. Guess they’ll just have to wait ’til season two. *Tears up just thinking about it* (Photo via Alberto E. Rodriguez/Getty)

3. Donald Trump’s lawyer says Snoop Dogg owes the President an apology. The Trump tax bombshell might not have lived up to peoples’ expectations, but the administration has another bone to pick this morning anyway. After rapper Snoop Dogg released a new music video that features him pointing a toy gun at a clown character named Ronald Klump, President Trump’s lawyer went on TMZ Live to say it was disgraceful. The President, meanwhile, says that if it had been Barack Obama instead depicted in the video, Snoop would be facing jail time. (Photo via Andrew H. Walker/Getty)

To the happiest of birthdays my love! To the first of many more together! May God continue to bless you in all of your days! And may we forever look at one another like this 💋

4. Khloe Kardashian went ALL out for BF Tristan Thompson’s birthday and capped it off with a super sappy message. On the KUWTK season 13 premiere Sunday night, we heard Khloe open up to her sisters about Thompson for the first time, and now she’s not only throwing him a MEGA elaborate bday party, but publicly declaring her heart-eyes. “To the happiest of birthdays my love!” she wrote. “To the first of many more together! May God continue to bless you in all of your days! And may we forever look at one another like this.” Forever, you say?!? Are those wedding bells we hear?

"Warner Bros. in early talks to reboot The Matrix." pic.twitter.com/rxMy6RClzQ

5. There might be a Matrix reboot happening and Twitter cannot even.The Hollywood Reporter dropped the news of a potential Matrix remake starring Michael B. Jordan (HELLO!) last night while people awaited MSNBC’s Trump tax scoop, and many — who were NOT in favor of a remake — saw it as an attempt to hide the bad news. Others just think the trilogy is perfect and shouldn’t be touched. But… Michael B. Jordan!

6. Quote of the day: “It’s empowering to sit with my imperfections and be real and vulnerable. In truth, there’s real power.” Kesha shares her hard-won wisdom about accepting your imperfections in an interview at SXSW with Refinery29.

Do you often let yourself be vulnerable? Let us know over @BritandCo.