NASA Had a Pumpkin Carving Contest and It Was Amazing 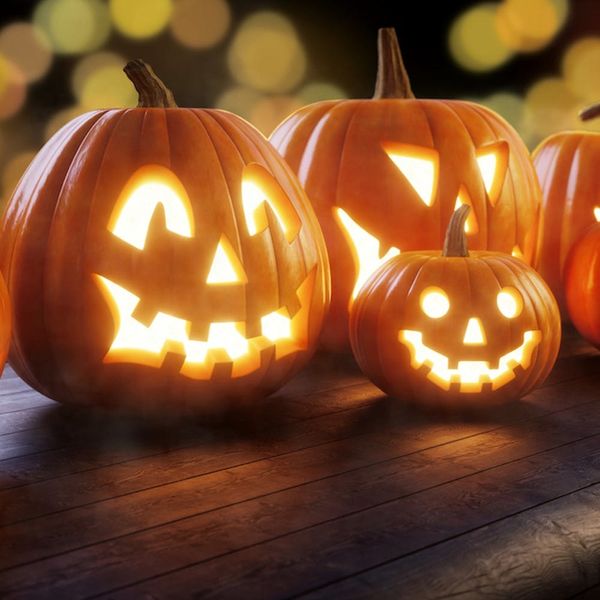 Happy Halloween! We have been obsessed with this holiday since August, no lie. Of course you’re all set with the best costumes, the best party decorations and the best movie lineup. The only thing missing is these super awesome pumpkins carved by the folks at NASA’s Jet Propulsion Laboratory for their annual pumpkin carving contest (which isn’t actually judged). So what exactly do rocket scientists create when given a pumpkin and told to use their imagination?

You get a useless machine that turns itself off when you turn it on.

Throw in Ms. Pac-Man with a rigged-up diorama for good measure.

Create Darth Vader’s hideout, because why not.

Make a swing carousel. This is some seriously next-level, badass pumpkin sorcery.

Host a GOURD BARBECUE and invite the neighborhood.

A "Happy 80th Birthday @NASAJPL " #NASAPumpkin with a birthday card to sign. (JPL was founded on Halloween 1936) pic.twitter.com/FrivYuGQR9

Build a festive pumpkin birthday machine. (We have a feeling these guys aced their science projects in school.)

Don’t ever let anyone say that engineers aren’t creative! If people say something isn’t rocket science, then you know that when actual rocket scientists do it, it’s gonna be great. Case in point: These pumpkins are seriously awesome.

What do you think of these pumpkins? Show us your carving skills @BritandCo!

(h/t The Verge, photo via Getty)

Shea Lignitz
Shea can be found in the nearest bookstore or brewery, exploring the great outdoors, or blasting Led Zeppelin. She grew up in the cold and rain of Northern California's redwoods but is currently wandering around Texas.
Halloween
Tech
Halloween Halloween Decorations
More From Tech