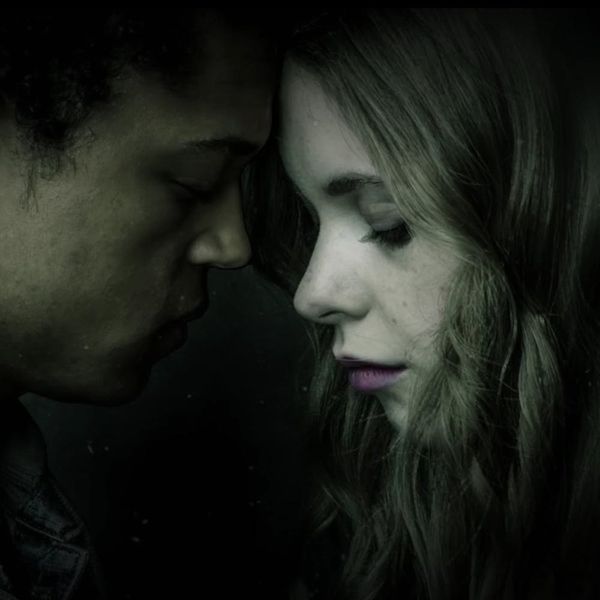 Netflix continues to thrill viewers with original content, such as the time-travel rom-com When We First Met and Ryan Murphy’s highly anticipated upcoming show The Politician. Today, the streaming service teased what could be our next favorite series, The Innocents, which looks like a haunting tale of teen romance, with some mysterious supernatural elements thrown in for good measure.

The series stars Sorcha Groundsell and Percelle Ascott, whom Netflix introduced in an announcement video for the show. “June embarks on a journey with her boyfriend, Harry, to run away from their lives and start over. Or so they think,” the video description reads. “They quickly realize that nothing is what it seems. And in this world, the only way to survive is to change.”

The video itself doesn’t feature any dialogue — just images of the cast, as well as a snippet of a handwritten letter that proves how deep (in love and possibly in trouble) the teens are. “I’ve been thinking about how it’s going to feel to hold your hand. To kiss you. Never having to look over our shoulder. Or live in secret from anyone. Ever again,” the note reads. Much of the rest of the letter is blurred, but you can see a few words at the bottom, including, very clearly, “Leaving is hard.” Maybe harder than they ever imagined.

The teaser also tells us that when it comes to this story, “What you see is not what you see.”

There isn’t much else to go on except smoke and mirrors (or rather, fog and broken glass), but we’re definitely intrigued.

According to Entertainment Weekly, Harry and June run away from home to escape their families so that they can be together. However, they soon find their parents have been hiding secrets that could change everything. The Hollywood Reporter also teased that there may be “powerful forces intent on dividing them forever.”

A release date for The Innocents (which also stars Guy Pearce) hasn’t been announced yet, but by the looks of this first teaser, it will be worth the wait.

Does this first peek at The Innocents make you excited for the new show? Let us know @BritandCo!