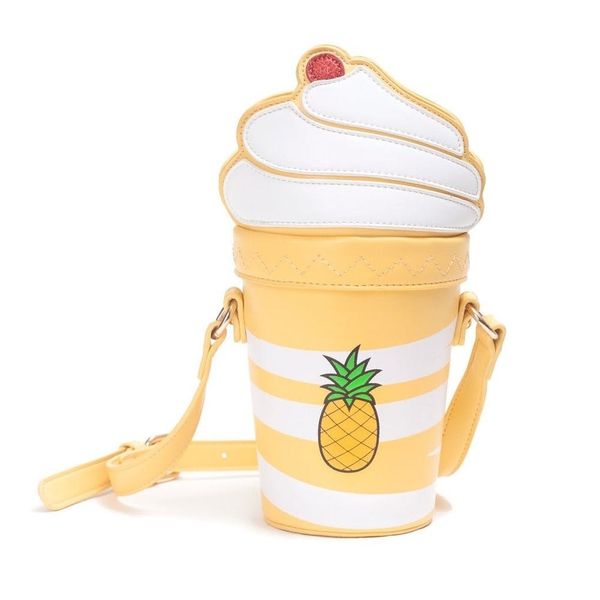 We totally have a D23 Expo and San Diego Comic Con hangover; the movie announcements, the Disney parks announcements, the cosplay — it was all so much! Now that the dust has settled, we’ve had time to rest, reflect… and say goodbye to all the money in our bank account. Not just because we’ll HAVE to stay at the Star Wars-themed hotel, see all the new movies when they come out, and head to Iceland with Adventures by Disney, but because Disney and their partners have come out with SO MUCH COOL NEW STUFF. Here are some of our faves.

1. Radio Flyer Luke Skywalker’s Landspeeder ($500): If you’re on the petite side, you’re in luck, since you might be able to squeeze into this totally amazing Star Wars Landspeeder that debuted at the San Diego Comic Con. This out-of-this-world ride has an interactive dashboard with lights and sounds from the movie. But it only clocks in at five miles per hour — way slower than the Millennium Falcon.

2. Uniqlo Mickey Travels Satin Jacket ($50): One of the hottest clothing items on the show floor at the D23 Expo was the swanky Mickey Travels satin jacket series, featuring Minnie and Mickey at various locations. For now, these are a limited release and will only be available overseas or at the Uniqlo in Disney Springs and New York City, but we’ve got our fingers crossed for a wider release.

3. Cakeworthy x Disney: Leslie Kay (of DisneyBound fame) announced during the D23 Expo that her company Cakeworthy is now an official partner of the Walt Disney Company. Currently, they offer Disney-influenced pieces like this Pineapple Whip Purse ($45), as well as flannels with sayings like “Twinkle twinkle little bat,” but this fall they’ll also feature beloved Disney characters.

4. The Muppets Collection by Irregular Choice: If you’re not afraid to boldly show your love for the Muppets (and we mean BOLDLY), then this upcoming collection from the whimsical designers at Irregular Choice is for you. There are Animal loafers and Gonzo pumps galore, as well as over-the-top homages to Miss Piggy. While you’ll have to wait until fall to shop this collection, you can snap up adorable pieces from their Mickey Mouse and Friends collection RN (the Chip and Dale Flats [$190] are adorbs). (Photo via Sunny Chanel)

5. LuLaRoe’s Disney Collection: There was crazy enthusiasm for cult clothier LuLaRoe’s booth at the D23 Expo, not just because they unveiled a whole slew of new patterns based on iconic Disney characters — from a psychedelic Bambi print to a collage of Mickey’s hands doing sign language — but also because they were handing out free leggings twice a day. But you can’t merely walk into any store to buy LulaRoe products; you have to find an “Independent Fashion Retailer” near you (kind of like a leggings-clad Avon lady). You can find one here. (Photo via Sunny Chanel)

6. Her Universe x Disney Parks Dresses: We so wish we could share images of the upcoming dresses honoring Disney Parks by the pop culture clothing maven and actress Ashley Eckstein. The inspired line was teased at D23 (that’s Eckstein above, modeling the Minnie Mouse dress they offered exclusively at the Expo). Alas, we’ll all just have to be patient, as the frocks are still in the works. In the meantime, check out mockups of the cuteness on Disneystyle. (Photo via Her Universe)

8. Harveys California Puppy Foldover ($138): Those Harvey seat-belt bags have been around for a while, but we’ve never seen one this fun. This 101 Dalmatians purse is just one of their ongoing mashups of their classic bags with iconic Disney films.

9. STATE Bags x Star Wars: For a statement-making backpack (with a good deed attached), pick up one of the Star Wars backpacks available exclusively at STATE Bags. For every backpack sold, a fully loaded backpack is given to a child in need right here in the US.

Which collaboration do you love the most? Tell us over @BritandCo!

Sunny Chanel
Sunny Chanel is a freelance writer as well as the founder of the whimsical site Wonder and Company. When this proud San Franciscan isn't writing, working on her fixer-upper or doing crafts, she is playing dress up with daughter and planning her next trip to Disneyland.
Disney
Creativity
Disney Fashion Collaboration
More From Creativity