Nicky Hilton Rothschild Is Pregnant With Her Second Child 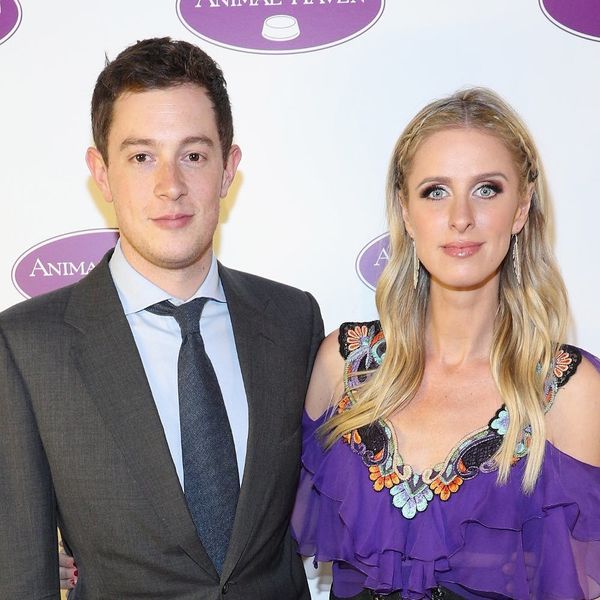 Baby No. 2 is on the way for Nicky Hilton Rothschild! Almost one year to the day after welcoming her first child into the world, the 33-year-old fashion designer and heiress confirmed that she and her British banker hubby, 32-year-old James Rothschild, are expecting their second little one.

Hilton and Rothschild are already the proud parents of Lily Grace Victoria, whose first birthday is on Saturday. (We can only imagine what sort of party is planned for this special little lady.) And now they have even more to celebrate. A rep told People, “The couple are thrilled about the new addition to their family.”

Hilton and Rothschild were married back in July 2015 at The Orangery in London’s Kensington Palace Gardens. After the wedding, news soon started buzzing around the newlyweds that a baby might be on the way. And once the announcement was made, Hilton was feted at a lavish baby shower. Honestly, what else would you expect for someone who’s both a Hilton AND a Rothschild?

We can only hope for the same this second time around from the fashionable mama and high-society heiress.

Do you have any advice for raising two kids close in age? Let us know @BritandCo!

Desiree O
Desirée O is a ‘Professional Bohemian’ who loves anything and everything related to the arts, entertainment, and pop culture. She ADORES being a ‘Newsy’ for Brit + Co, covering all of the latest tidbits of awesomeness that you want to read about. When she’s not writing, she’s either making messy art, going on long adventurous walks with her camera, or poking around over at bohemianizm (http://www.bohemianizm.com/). You can find out about Desirée O and her work at http://DesireeO.com/ or follow her on Twitter @DesireeO.
Pregnancy Announcements
Celebrity News
Pregnancy Announcements