Nightly Newsy: The Middle Class Is Doing Better Than You Thought, So Live It Up 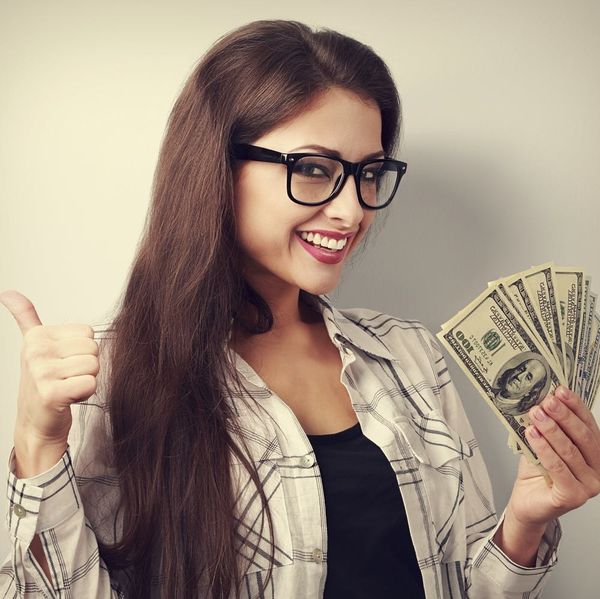 After a long day at work you need to know what happened in the world, so kick back and read up on what went down.

1. North Carolina had a meltdown. North Carolina has lost more than $500 million in revenue over its law that limits legal protections to LGBTQ people, but the NCAA’s decision to move several championship games must have been one boycott too many. It prompted an interesting response from the state’s Republican Party spokesperson. According to Kami Mueller, taking business outside the state because of what is widely perceived as an outdated, repressive piece of legislation is the same as expecting male and female athletes to shower together. Hm.

Sometimes I simply can't believe the places I find myself. If you had told me 10 years ago that I would have achieved the career I've always dreamed and would find myself inside the Supreme Court of the United States, I would have looked at you and said: yeah, right?! 😏😏 But life is so full of surprises; amazing ones, and I am so thankful it is an ever changing experience. #dowhatyoulove #believe #youcanmakeit #SCOTUS #SupremeCourt #Fellowship #US🇺🇸

2. Voting restriction is allowed in Ohio. Several states have begun to restrict voting access in the wake of a 2013 Supreme Court decision rolling back part of the 1964 Voting Rights Act. This year there’s been a series of court rulings to prevent that from happening, finding that some states have gone too far. But the Supreme Court is bucking that recent trend by choosing not to intervene in Ohio’s case, where state legislators had cut early voting days (though after the cutback there are still more than three weeks for pre-election voting). That change will be in place for the November election, unlike the more restrictive amendments to voting that had been approved in North Carolina and Texas.

3. The middle class did all right last year: The huge and growing gap between the super wealthy and the rest of us has been a popular topic since Occupy Wall Street took to New York’s Zucotti Park in 2011, and even more so since Bernie Sanders made it a cornerstone of his bid for the presidency. But, according to a new report from the Census Bureau, 2015 was the best year, economically, that the middle class has seen in a few decades. It also found that the poverty rate decreased by 1.2 percent from the previous year. Of course, wealth inequality hasn’t been eradicated, but the report is promising.

4. Apple had update troubles. Some Apple users are reporting issues updating the iOS on their phones after the new version was released today. Updates over WiFi led to errors for some people, who later had to resort to plugging their phones into their computers and updating through iTunes, though even that proved difficult for some. Essentially, be prepared for a bit of a slog if you’re updating, and definitely have everything backed up in case something goes really wrong.

Cuffed for rushing the stage at #DWTS during @ryanlochte's dance pic.twitter.com/rjueIKuLsZ

5. Protesters interrupt DWTS. Two men apparently frustrated with Olympic swimmer Ryan Lochte’s appearance on this season of Dancing With the Stars took to the stage during last night’s season premiere wearing shirts with the name “Lochte” crossed out. They were escorted out of the studio and later arrested for trespassing, according to the Washington Post. Ryan stirred controversy and negative sentiment after it was revealed he lied about what he originally claimed was a robbery during the Rio Olympics last month. He’s since been suspended from the US swimming team for 10 months. Another group of protesters, women also wearing shirts with anti-Lochte messages, did not take the stage but were also asked to leave.

Tannara Yelland
Tannara is a freelance writer and editor, an occupation perfectly suited for her affection for drinking too much coffee and keeping odd hours. She usually writes about politics, economics, and pop culture. Some day she will put to use the hundreds of hours she's spent watching Say Yes to the Dress and write THE definitive analysis of the show.
Celebrity News