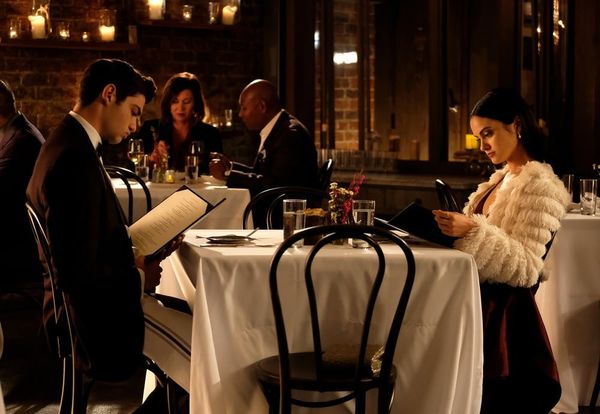 Noah Centineo became a certified internet boyfriend in 2018, thanks mostly to his role as the swoon-worthy Peter Kavinsky in To All the Boys I’ve Loved Before. And it looks like he’ll be heating up your summer again in 2019, as — wait for it — another fake boyfriend in Netflix’s upcoming rom-comThe Perfect Date with Riverdale‘s Camila Mendes and Lady Bird‘s Laura Marano.

The streaming service announced his new role on Friday, January 11, via the See What’s Next Twitter account. “[Noah Centineo] will pretend to be your boyfriend this summer! Well, he will in our movie The Perfect Date w/ [Laura Marano] & [Camila Mendes],” the tweet read. “He plays an enterprising young man who, to make money for college, creates a dating app & stands in for non-existent boyfriends.”

According to an official synopsis, Centineo’s character, Brooks Rattigan, soon gets caught up in the act of pretending to be other people, which leads him to question who he really is and what he wants from a relationship.

Netflix has not yet announced an exact release date for the film, but you’ll have plenty of opportunities to see Centineo on screen in the coming months. He’s also working on the To All the Boys I’ve Loved Before sequel and the upcoming Charlie’s Angels reboot starring Kristen Stewart.

Are you excited to see Noah Centineo and Camila Mendes in The Perfect Date? Tell us @BritandCo!

Desiree O
Desirée O is a ‘Professional Bohemian’ who loves anything and everything related to the arts, entertainment, and pop culture. She ADORES being a ‘Newsy’ for Brit + Co, covering all of the latest tidbits of awesomeness that you want to read about. When she’s not writing, she’s either making messy art, going on long adventurous walks with her camera, or poking around over at bohemianizm (http://www.bohemianizm.com/). You can find out about Desirée O and her work at http://DesireeO.com/ or follow her on Twitter @DesireeO.
Movies
Streaming
Movies Netflix Streaming