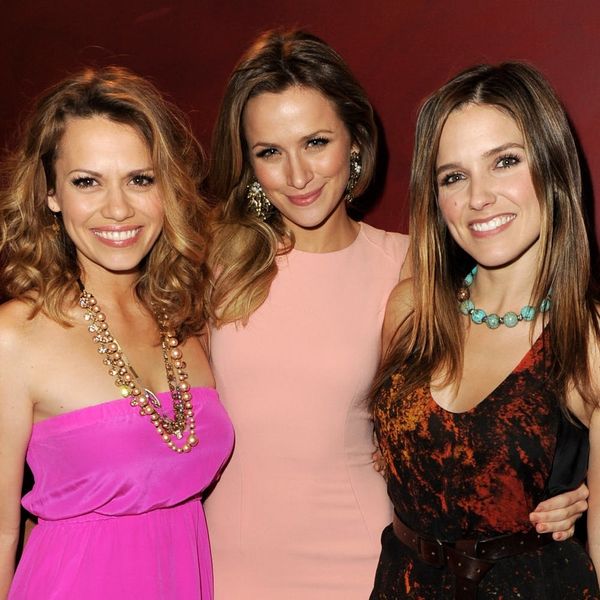 In the month since allegations of sexual harassment and assault against Harvey Weinstein were first exposed, similar stories about several other Hollywood heavyweights have been mounting. Just this weekend, 19 men and women alleged sexual harassment from CW producer Andrew Kreisberg, and now, 18 women who worked on the hit WB/CW show One Tree Hill are accusing the show’s creator and showrunner Mark Schwahn of the same.

According to Variety, several of the show’s female cast and crew members, including stars Sophia Bush, Hilarie Burton, Bethany Joy Lenz, and Shantel Van Santen, wrote a letter alleging psychological and emotional manipulation, including being spoken to in “deeply upsetting, to traumatizing, to downright illegal” ways and “being put in situations where [they] felt physically unsafe” while working on the show.

The letter was written in support of staff writer Audrey Wauchope, who took to Twitter on Saturday accusing a showrunner of harassment. Wauchope did not name the showrunner but said that she was a staff writer on two shows and that “the men of Cougartown are aces.” She described unwanted touching, being shown naked photographs of a woman the showrunner was dating, and being told she was hired on the basis of her looks. You can read the entire Twitter thread here.

“All of the female cast members of One Tree Hill have chosen this forum to stand together in support of Audrey Wauchope and one another,” the letter from the women on the show reads. “To use terminology that has become familiar as the systemic reality of sexual harassment and assault has come more and more to light, Mark Schwahn’s behavior over the duration of the filming of One Tree Hill was something of an ‘open secret.’ … We collectively want to echo the calls of women everywhere that vehemently demand change, in all industries.”

The women further wrote about the fear that was instilled in them because of the alleged misconduct. Additionally, they described another reason for staying silent publicly while supporting each other privately: the fans.

“We want Tree Hill to remain the place ‘where everything’s better and everything’s safe’ for our fans; some of whom have said that the show quite literally saved their lives,” the letter reads. “But the reality is, no space is safe when it has an underlying and infectious cancer. We have worked at taking our power back, making the conventions our own, and relishing in the good memories. But there is more work to be done. ”

One Tree Hill ran on the WB from 2003 to 2006, and on the CW from 2006 to 2012. Schwahn was the showrunner for its entire run. He is currently working on The Royals, and in a statement on Monday, the companies behind that series (E!, Universal Cable Productions, and Lionsgate Television) said, “We are monitoring the information carefully. E!, Universal Cable Productions, and Lionsgate Television are committed to providing a safe working environment in which everyone is treated respectfully and professionally.”