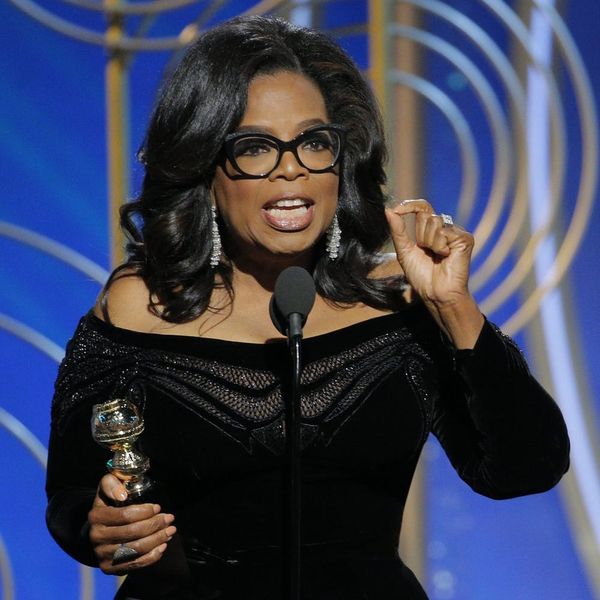 When Oprah Winfrey delivered her passionate awards show speech at the Golden Globes in January, it inspired people to plead for her to run for president. And while she’s been up-front about the fact that she doesn’t intend to seek public office, she has said that she did seriously consider it — and has now revealed the one thing that it would take for her to run.

“I had people — wealthy billionaires — calling me up and saying, ‘I can get you a billion dollars. I can run your campaign,'” Winfrey told People in a new interview. “That many people saying something made me think, ‘Am I at least supposed to look at the question?'”

So, she did. “I went into prayer. ‘God, if you think I’m supposed to run, you gotta tell me, and it has to be so clear that not even I can miss it,'” the Wrinkle in Time star said, explaining the process that led to her ultimate decision. “And I haven’t gotten that.”

This isn’t the first time that Winfrey has had people pushing for her to pursue a political path. In the wake of the 2016 election, Winfrey commented that, given the election of President Donald Trump, who had no previous political experience, she started to rethink her qualifications for the job. Then, in September, she tweeted her thanks to the New York Post for a column titled, “Democrats’ best hope for 2020: Oprah,” causing some to think it was a hint at her plans.

But Winfrey maintains that, ultimately, it’s not the right path for her. “I’ve always felt very secure and confident with myself in knowing what I could do and what I could not,” she recently told InStyle. “And so it’s not something that interests me. I don’t have the DNA for it.”

Are you still interested in a potential Oprah presidential run? Let us know @BritandCo!