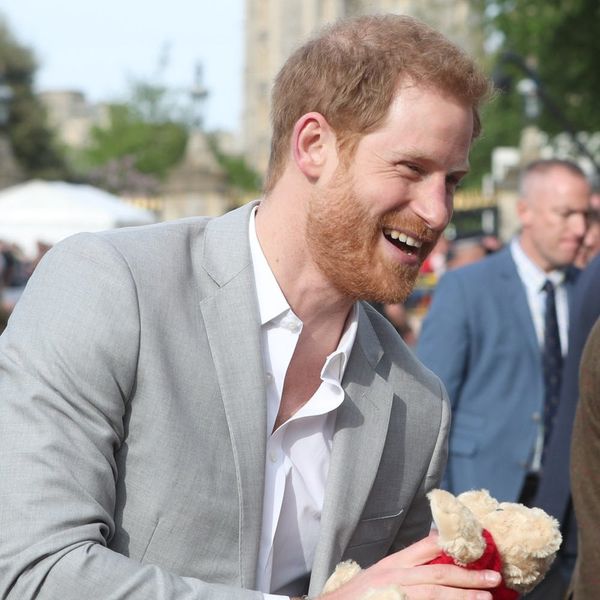 During a community event at Victoria Park in Dubbo, Australia, during the couple’s fall tour, the Duke and Duchess of Sussex, Prince Harry and Meghan Markle, were caught in a downpour while the prince spoke about a cause he passionately defends: mental health support. Specifically, Harry advised people suffering from mental health issues to ask for help, saying that doing so can change your life.

And while the royal has broken a number of mental health taboos just by speaking frankly about his own mental health, what he fails to recognize is that his power, privilege, and financial status do make it easy for him to ask for help. But what about the rest of us?

The last two years in Dubbo have been drought-filled — with nary a drop of rain until this week — and the farmers there have been struggling.

“We know that suicide rates in rural and remote areas are greater than in urban populations,” the Duke of Sussex said. “Outside all of that, here’s what I also know. You are one huge community and with that comes an unparalleled level of internal support and understanding.”

“All you need to do is to ask for it and your neighbor, your peer, your fellow farmer is literally right around the corner,” he continued. “Chances are they may well be suffering too and will relish the opportunity to either listen or talk themselves.” And while the sentiment is charming, especially coming from a member of the otherwise stodgy royal family, finding help can be a struggle for people who need it.

That’s not to say that the royals are completely ignoring the problem. Prince Harry, along with his brother, Prince William, and sister-in-law Duchess Kate Middleton founded Heads Together in 2017 in an effort to “start the conversation about mental health.” And while their initiative aims to help create better funding (and access) for mental health services, their charity does not directly provide mental health support, opting instead to partner with other mental health organizations to make mental health care more accessible to the public.

As far back as 2014, reports began surfacing about barriers to and maintaining mental health care in the US. According to The Guardian, demand far outweighs supply when it comes to mental health supports, and the system is not as organized as regular health care sectors, leaving family members to fill the gaps for individuals.

In the UK and Australia, those suffering with mental illness aren’t fairing much better. In the UK, mental illness is on the rise, with women in particular being statistically likelier to seek treatment. And although there is universal health care, mental health care is woefully underfunded — a problem Heads Together is trying to address.

In Australia, where Harry urged the farmers of Dubbo to ask for help, mental health care is considered a luxury and outside of the country’s health care scheme. People simply can’t get the care they need — so while it’s a nice sentiment for one of the world’s richest men to urge people to seek help for mental illness, the sheer privilege in simply getting what you need when you ask is lost on many of the regular folks the prince is telling to ask for help.

“It must be hard not to lose hope when you endure so many dry months end on end knowing that you are powerless to do anything about it,” Prince Harry told the crowd. “You must not silently suffer and, if I may speak personally, we are all in this together.”

If you are having trouble finding mental health support, the National Institute for Mental Illnesses and Mental Health America both have easy-to-access resources.

Kat Armstrong
Kat has been a writer, social media maven and mom for longer than she's willing to admit. She's also spent time in front of and behind the camera, interviewing celebs, politicians and acting as a producer for fashion and artistic photography shoots. When she isn't writing for various orgs and publications, she's hanging with her kids, husband and French Bulldog, Peter, in Toronto, Canada.
Mental Health
Current Events
Mental Health Royal Family
More From Current Events