Refuel With These 10 Shows + Movies This Weekend 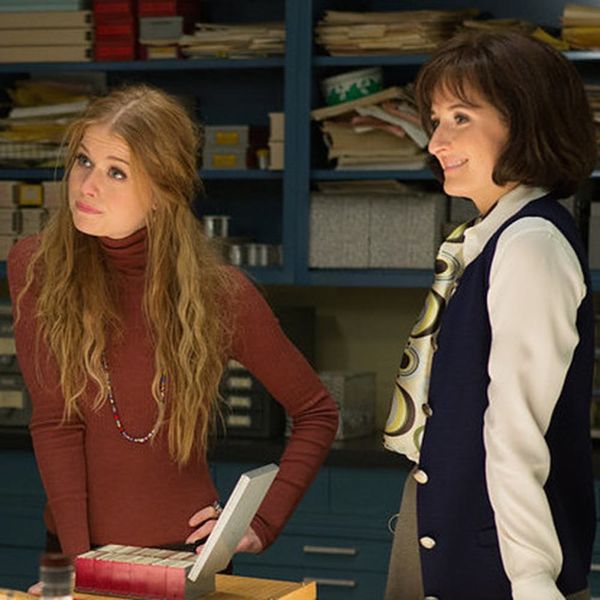 It’s amazing how a good movie or show binge can turn around an entire day or weekend. In the spirit of getting everybody back in a good mood, we rounded up the 10 movies and shows that will brighten your spirits this weekend. Whether you’re looking for a good laugh or inspirational feminist moment, these shows and movies will keep you fueled and ready to go Monday morning.

1. Lovesick on Netflix: Just so you know, this show used to be called Scrotal Recall. It’s a funny look at past relationships through the eyes of a guy who’s got to call every girl he’s slept with and let them know he has chlamydia. It’s cheeky, heart-warming and back for a second season. (Photo via Netflix)

2. Patton Oswalt: Comedy Plus Tragedy Equals Time on Amazon and Hulu: You may not know Patton Oswalt’s name, but you probably know his face. And you definitely know his work (Ratatouille, Young Adult, Lady Dynamite). Now his comedy special, wherein he explores frozen food and fatherhood, is ready for your streaming now. (Photo via Epix)

3. Miss You Already on Amazon: Life can be rough at times. But it’s a little less rough when you’ve got a best friend who can laugh at it all with you. Drew Barrymore and Toni Collette star as best friends just muddling through illness and a new family. (Photo via S Films)

4. Paranoid on Netflix: You know what they say, just because you’re paranoid doesn’t mean you’re wrong. This gripping British TV show about a mother who was mysteriously murdered is full of twists, turns and unpredictable characters. Hold on tight. (Photo via Netflix)

5. Scott & Bailey on Hulu: Ladies can do anything when they stick together. Even solve murders. This BBC show follows a pair of badass work wives as they solve gruesome cases and balance their personal lives. (Photo via BBC)

6. Good Girls Revolt on Amazon: This show, set in 1969, follows a group of female researchers at a prominent news magazine as they demand equality in the workplace. It’s full of girl power, quick repartee and drool-worthy costumes. (Photo via Amazon)

7. Race on HBO: This biopic follows famed runner Jesse Owens as he prepares to face off in the 1936 Olympics against Hitler’s Aryan supremacist athletes. It’s an excellent refresher in race relations (and American history) and a powerful reminder of how much work remains to be done. (Photo via HBO)

8. Trainwreck on HBO: We all feel like complete trainwrecks sometimes. Amy Schumer takes it to new levels in her very funny film, co-starring Bill Hader. It leaves HBO at the end of the month, so watch it while you can. (Photo via Apatow Productions)

9. 25th Hour on HBO: Edward Norton plays a drug dealer in Manhattan who has seven days to reflect on his life before he goes to jail for seven years. This is classic post-9/11 cinema, but it expires at the end of this month, so watch it quick. (Photo via 25th Hour Productions)

10. A Beautiful Mind on HBO: If you still haven’t seen this much-referenced classic (starring Russell Crowe) about a math genius, you’ve got until November 30. Then it’ll disappear into the streaming void. (Photo via Universal Pictures)