Simon Cowell Says He Has a Feeling One Direction Will Reunite 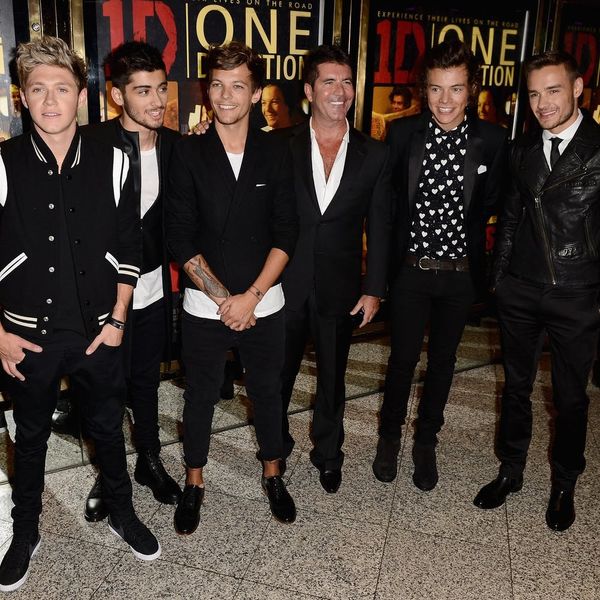 It’s been more than two years since One Direction went on hiatus, and fans still miss them every day. Recently, though, Simon Cowell spoke about the possibility of a reunion for the beloved boy band, giving us all hope that it might actually happen — eventually.

“I just think the legacy is too big not to go back to at one point,” he told ET. “When they do get back together it will be a huge event.”

Cowell was instrumental in ushering 1D to stardom, co-forming the group on his show The X Factor and signing them to his record label. While his use of the word “when” definitely gives us hope, he went on to clarify that the boys are still pursuing solo careers outside of the group for the time being. “They’re all doing their own thing and they’re all being successful,” he said. “But I have a feeling it will happen. I really do. I’d love it to happen.”

Zayn Malik was the first to leave One Direction in 2015, and while the remaining four members — Harry Styles, Louis Tomlinson, Niall Horan, and Liam Payne — stayed together for a few more months, they announced a hiatus in March 2016.

Earlier this year, Payne sent fans into a frenzy when he said in an interview that the group had talked about a reunion. “I think it will happen at some point in the distant future,” he said.

Since the split, all five original members have released their own solo work of varying styles, and gone through major changes in their personal lives, with both Payne and Tomlinson becoming fathers and Payne and Malik experiencing very public breakups.

Are you hoping for a One Direction reunion someday? Let us know @BritandCo.