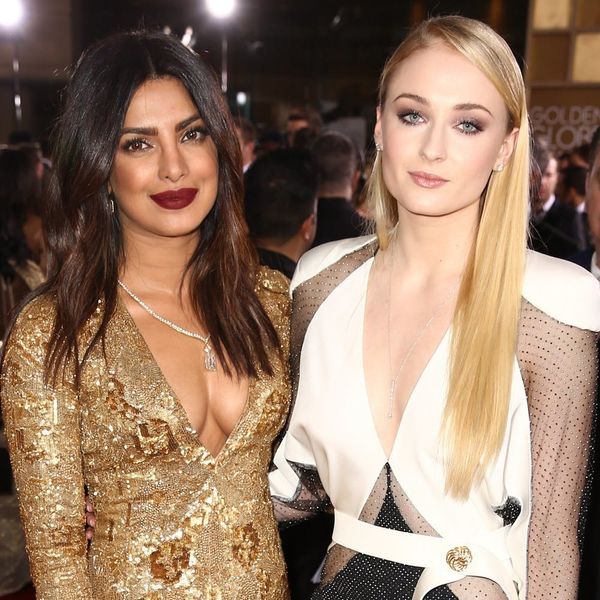 After Nick Jonas and Priyanka Chopra confirmed their speculated-about engagement over the weekend, Sophie Turner — who’s engaged to Nick’s brother Joe Jonas — took to social media to send a sweet note to her future in-laws.

“Wow. First I’m blessed with an incredible future brother-in-law, and now such a beautiful, inside and out, future sister-in-law,” the Game of Thrones star captioned an Instagram photo of Nick and Chopra. “I’m so excited to welcome you into the family @priyankachopra . I love you both @nickjonas.”

Turner shared the same photo that both Nick and Chopra used to confirm their engagement over the weekend. In it, the couple wear traditional Indian dress as they gaze into each other’s eyes and Chopra rests her hand on her fiancé’s chest, showing off her gorgeous Tiffany engagement ring. The photos were taken at the couple’s Roka ceremony, a Hindu pre-wedding tradition, which they held in Mumbai.

Rumors of their engagement first surfaced in July, just weeks after the two were linked as a couple. It was the third time in as many months that a quick engagement surprised Hollywood, following Ariana Grande and Pete Davidson’s June engagement, and Justin Bieber and Hailey Baldwin’s surprise July proposal.

Turner and Joe Jonas announced their own engagement back in October after a year of dating. At the time, Nick sent his congratulations via social media, writing to his brother and future sister-in-law, “I love you both so much.” Turner’s Game of Thrones costars — including Maisie Williams, who will serve as a bridesmaid in the wedding — also sent their love and excitement to the couple over their engagement.

Do you get along with your in-laws? Let us know @BritandCo!