Starbucks Announces They Will Hire 10,000 Refugees in Response to the Immigration Ban 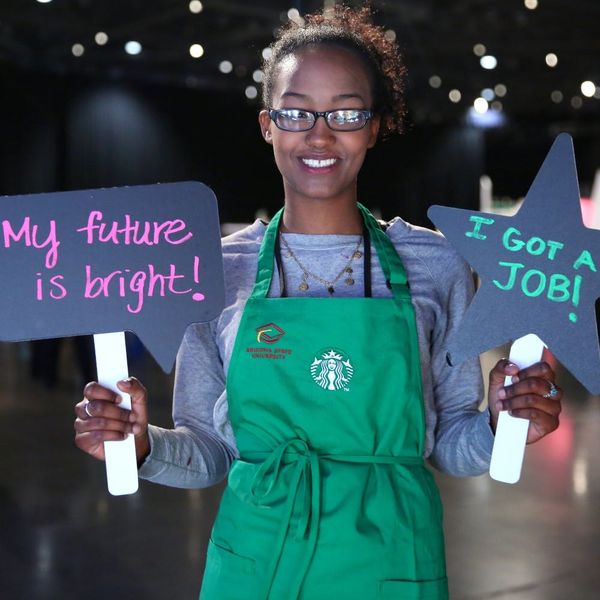 Starbucks already gave us a reason to cheer for them with their new all-inclusive parental leave policy, but now, as other companies take action against President Trump’s attempt at an immigration ban (e.g. Lyft’s $1 million donation to the ACLU), Starbucks’ CEO himself, Howard Schultz, has penned a letter promising that the company will be taking direct action because of the ban, including a pledge to hire 10,000 refugees.

Because of that and because of the ban (and the intention behind it), the company will be accelerating their efforts (or “doubling down” on their commitment) to bring refugees on board. “There are more than 65 million citizens of the world recognized as refugees by the United Nations, and we are developing plans to hire 10,000 of them over five years in the 75 countries around the world where Starbucks does business.”

Granted, 10,000 over five years in 75 countries is only a small fraction of the 65 million recognized refugees they mention, but at least it’s a start. Let’s hope more companies jump on board and bring on refugees as successful members of the team. Remember, no matter where we’re from, we’re stronger together.

What do you think about Starbucks’ promise to hire 10,000 refugees? Tweet us @BritandCo!

Desiree O
Desirée O is a ‘Professional Bohemian’ who loves anything and everything related to the arts, entertainment, and pop culture. She ADORES being a ‘Newsy’ for Brit + Co, covering all of the latest tidbits of awesomeness that you want to read about. When she’s not writing, she’s either making messy art, going on long adventurous walks with her camera, or poking around over at bohemianizm (http://www.bohemianizm.com/). You can find out about Desirée O and her work at http://DesireeO.com/ or follow her on Twitter @DesireeO.
Politics
Food News
Politics Starbucks
The Conversation
More From Food News