Starbucks Has BIG Plans to Follow Up the Unicorn Frappuccino 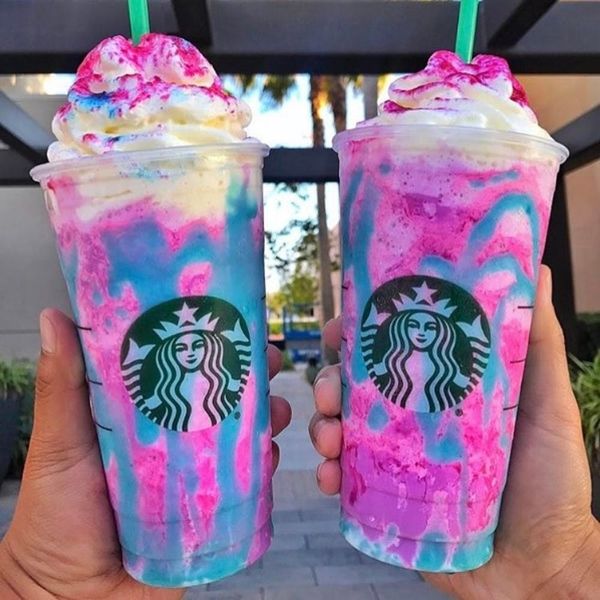 The massive success of Starbucks’ Unicorn Frappuccino proves without a doubt that the brand knows how to play the social media game. Creating a drink that was so darn pretty that people couldn’t resist sharing pics on Twitter and Instagram, it was basically a lesson in how to make money off of a viral sensation. That’s why we weren’t surprised by the almost immediate appearance of other social media-worthy drinks like the Unicorn Lemonade, the pretty in Pink Pegasus Frappuccino, and even the slightly intimidating Dragon Frappuccino. And if you thought they were the tail end of this tasty trend, then think again, because Starbucks just made an announcement that Unicorn Frapp fans will love.

When it comes to the viral sensation that sparked around the Unicorn Frappucino, Starbucks (now former) CEO Howard Schultz said that it’s “the most stunning example of our understanding of digital and social media and Instagram.” Considering frapp-lovers were even dyeing their hair to match the drink and using it as a pregnancy announcement (!), you certainly can’t deny that it was a prime example of how to use social media to promote the heck out of a product.

That’s why it’s also no surprise that Starbucks plans to take advantage of the craze with even more picture-perfect Frappuccinos. “Just stay tuned because we have a lot more coming,” Schultz continued, with the company’s new CEO, Kevin Johnson, adding, “We will bring at least one entirely new drink into Happy Hour this year that is going to be as good as Unicorn or better.”

As good or BETTER? We can’t wait to see what that is. We’ve already had a Unicorn Frapp, Pegasus Frapp, and Dragon Frapp. So perhaps a Mermaid Frappuccino will be next?

Are you happy that Starbucks has plans for more drinks like the Unicorn Frappuccino, or are you not into the specialty frapps? Let us know @BritandCo!