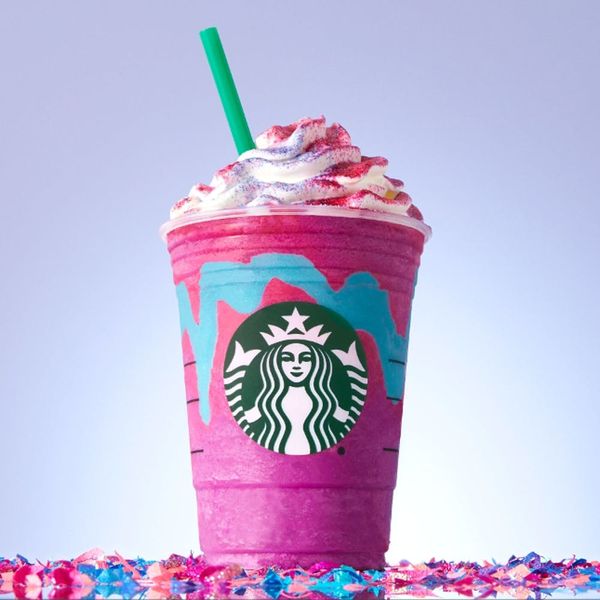 Just last week, Starbucks debuted their limited-time, Instagram-ready Unicorn Frappuccino to the masses. While some, including many baristas, hate the drink, others were happy to take a selfie with the now-infamous candy-colored concoction. Turns out, however, that the photo-worthy potential itself is exactly why the coffee chain decided to create the limited-edition beverage.

According to a spokesperson, the real reason Starbucks rushed to create the Unicorn Frapp was to get something viral on Instagram. “The look of the beverage was an important part of its creation. Our inspiration came from the fun, spirited and colorful unicorn-themed food and drinks that have been trending on social media.”

This might explain why some people (ahem Katy Perry) did not like the unicorn-y taste. Starbucks is usually quite rigorous in their testing (like when they tried a stout flavored latte in 2014), which is why the sudden arrival of the Unicorn frapp had some wondering why the company just dumped a new drink into our laps.

Clearly, Starbucks has decided it’s best to utilize the free advertising that Instagram-ready drinks provide. With everyone’s unicorn obsession in full-force, it was probably really smart on their part to concoct a drink like the Unicorn Frapp.

While some people might feel upset that Starbucks is utilizing social media in this way, it’s clearly a genius plan. Hopefully, though, the next drink they come up with won’t be so polarizing.

Did you get a snap with a Unicorn Frapp? Share it @BritandCo!

Kat Armstrong
Kat has been a writer, social media maven and mom for longer than she's willing to admit. She's also spent time in front of and behind the camera, interviewing celebs, politicians and acting as a producer for fashion and artistic photography shoots. When she isn't writing for various orgs and publications, she's hanging with her kids, husband and French Bulldog, Peter, in Toronto, Canada.
social media
Food News
social media Starbucks
The Conversation