How to Get FREE Taco Bell Tacos and Jamba Juice Today 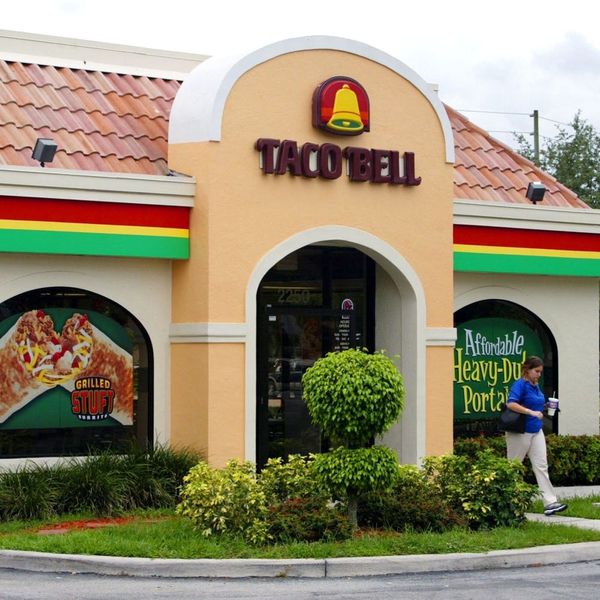 The only thing we love more than tacos — *takes a moment to drool over BBQ tacos, grilled tacos, vegetarian tacos, and vegan tacos* — are FREE tacos. That’s why we’re so psyched (and we know you will be too) by the fact that Taco Bell is celebrating the Golden State Warriors’ NBA playoff win by giving away free Doritos Locos tacos. Yum!

Head to your local Taco Bell today (June 13) between 2pm and 6pm and you’ll be able to “steal a taco.” Or rather, you’ll get a free taco as part of the NBA Finals promotion, which stated that if either team (the Golden State Warriors or LeBron James’ Cleveland Cavaliers) “stole” the game — or won on the road — you would get the chance to “steal” a taco.

And that’s just what happened last night when the Warriors beat the Cavs 118-113 while in Cleveland to win the NBA Championship.

The Warriors’ victory also means free Jamba Juice for fans in the Bay Area. Jamba, which created the Tropical Warrior Smoothie in honor of the team, is offering free 16-ounce cups of the drink at select locations from 5pm to 7pm. Check here to see if a Jamba Juice near you is participating.

So let’s give a big ol’ thank you to the Golden State Warriors for earning us free tacos and Jamba Juice today. Woohoo!

Do you know someone who would love to nab a free taco today? Be sure to tag them @BritandCo!

Desiree O
Desirée O is a ‘Professional Bohemian’ who loves anything and everything related to the arts, entertainment, and pop culture. She ADORES being a ‘Newsy’ for Brit + Co, covering all of the latest tidbits of awesomeness that you want to read about. When she’s not writing, she’s either making messy art, going on long adventurous walks with her camera, or poking around over at bohemianizm (http://www.bohemianizm.com/). You can find out about Desirée O and her work at http://DesireeO.com/ or follow her on Twitter @DesireeO.
Fast Food
Food News
Fast Food
The Conversation
Reviews:
More From Food News