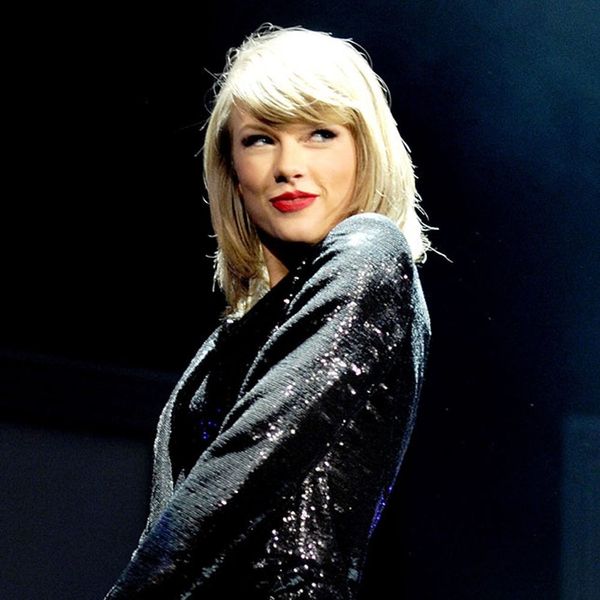 You may have had an epic weekend filled with Pride celebrations, delicious brunches and maybe even some poolside lounging, but we’re going to guess that you’ll still end up with a major case of FOMO after you see what T. Swift’s past couple days consisted of. Never one for downtime, Taylor spent the weekend performing at Hyde Park in London and of course, she wasn’t alone. Taylor’s famous best buds (and her new beau) were by her side the whole time – except this weekend, she had two new additions to her famous crew: Emma Watson and Joe Jonas (ya, like her ex-boyfriend Joe Jonas).

Before Taylor’s show, Karlie Kloss posted this pic of some core members of Taylor’s girl gang hanging out. Let’s talk later about how epic that sequined bomber jacket is. (Photo via @karliekloss)

During her performance in Hyde Park, Karlie Kloss, Martha Hunt, Gigi Hadid, Cara Delevingne, Kendall Jenner and Serena Williams all joined Taylor on stage during her song “Style.” Afterward, she hung out with the English singer-songwriter Lauren Aquilina and EMMA WATSON. Lauren snapped this pic backstage alongside the caption, “spent tonight surrounded by badass girls and couldn’t be happier about it.” We’re trying to put into words how happy we are that two of our favorite ladies finally hung out, but we’re coming up short. (Photo via @laurenaquilina)

To wrap up the weekend Taylor + Co took a casual boat ride under the Tower Bridge on the River Thames (you know, as you do when in London). It looks as though Joe Jonas and Taylor were able to put their past relationship (and that infamous 27-second phone call) behind them for Gigi Hadid’s sake. Taylor captioned this photo, “Little known fact: Karlie is secretly an unofficial historian/London tour guide. Kind of.” (Photo via @taylorswift)

Sorry about that inevitable case of FOMO we probably just passed on to you. At least now we can all suffer together.

Who is your favorite member of Taylor’s girl gang? Share with us in the comments below.