Go Inside the Baby Shower Taylor Swift Threw for Her BFF 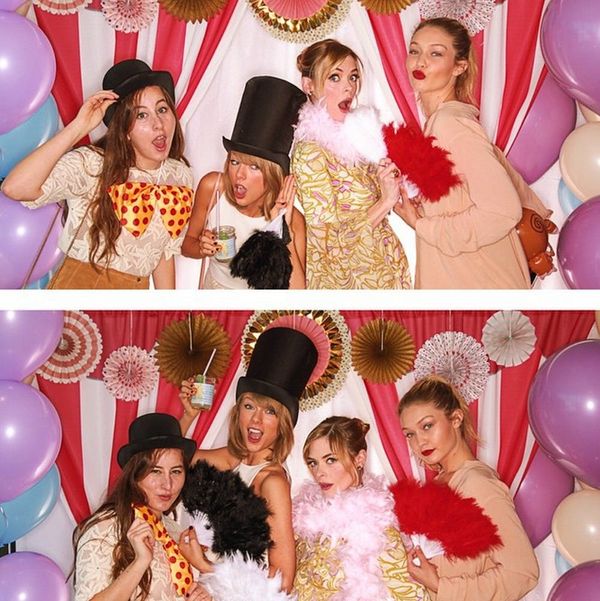 We know Taylor Swift is currently recognized as one of the most popular pop stars that ever was, but if that career path ever fails she definitely has a job in the party planning industry. Ever since that epic birthday bash she hosted at her Tribeca loft, Taylor has shared snaps of picture perfect tea parties with Ellie Goulding and even recruited Chris Carrabba of Dashboard Confessional to perform at a party she threw for her longtime BFF Abigail Anderson. And while she may be a busy trotting around the globe for her 1989 world tour, Taylor somehow found the time to jet over to LA to host a baby shower for her good friend Jaime King. Seriously, you guys, is this girl even human?!

In addition to the exquisitely propped photo booth that has become a staple at all Taylor’s parties, the baby shower had RSVPs from all the core members of Swift’s famous girl gang (AKA the cast of Bad Blood). Gigi Hadid, Jessica Alba, Nina Dobrev, Diane Kruger, Hailee Steinfeld, Sarah Hyland, Selma Blair, Emma Roberts and the Haim sisters were all in attendance.

King took to Instagram to share just how grateful she was to her baby’s future godmother for throwing such an epic fête. She wrote, “How can I put this into words @taylorswift is not only going to be an exquisite Godmother but one of the best friends one could ask for. Thank you Tay for throwing me such an insanely beautiful baby shower. Less than 12 hours after performing for 100k strong. I love you SO MUCH xx.”

What is your favorite Taylor Swift moment she’s Instagrammed recently? Share with us in the comments below.