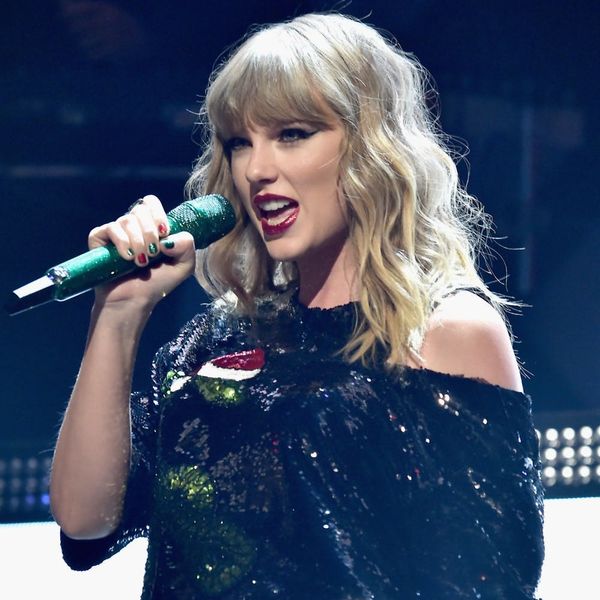 Taylor Swift is about to drop a music video as big as her reputation. The singer debuted a sneak peek of the visuals from her latest single “End Game,” which show her traveling to some of the world’s hippest hotspots with guest stars Ed Sheeran and Future, early Thursday morning, ahead of the video’s midnight release.

Directed once again by frequent collaborator Joseph Khan, “End Game” takes Swift to Miami, Tokyo, and London, and sees the singer on beaches, in bars, dancing on yachts, speeding in cars and on motorcycles down city streets, and standing on what looks like London’s Millennium Bridge.

Two scenes in particular stand out, and they both involve Sheeran. In one quick cut, Swift is shown busting out some goofy dance moves alongside her longtime pal, and in another, she can be seen sweetly poking him on the nose as a house party rages around them. Given the fact that fans thought Swift’s sexy new song “Dress” might have been about the “Perfect” singer (he denies it), we imagine Swifties will be pretty excited to see the BFFs hanging out.

It’s tough to tell from this teaser, though, whether the rumored Katy Perry cameo will be confirmed. While Swift was filming part of the video in Miami last month, TMZ shared footage of a backup dancer sporting short blond hair and a silver jumpsuit, causing many to wonder if the vid could signal an end to the pop stars’ long-running beef.

This will be Swift’s fifth single from Reputation, and the third video. The full “End Game” video is set to premiere at midnight on January 12, but in the meantime, check out the teaser above!