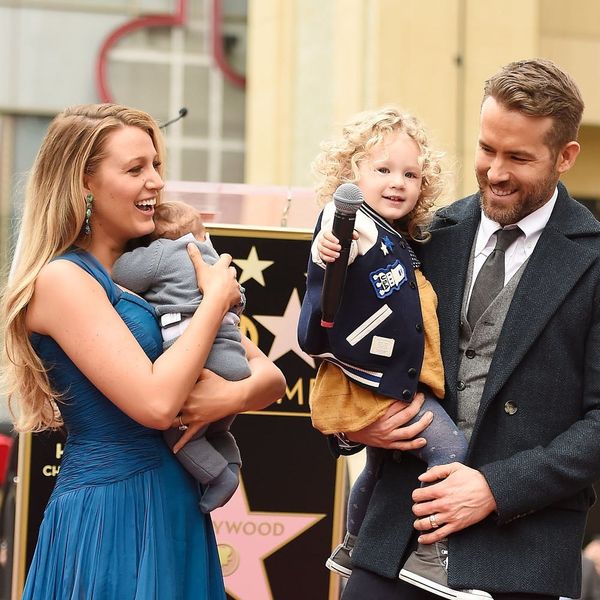 Call ‘em classy. Call ‘em sophisticated. Some people are calling ‘em downright ostentatious. But whatever you happen to think about them, the hottest baby name trend at the moment is to give your newborn a questionable-yet-memorable moniker. Pretentious or pretty? You decide!

While unusual and unique names have been dominating Hollywood’s newest generation for a few years now — just ask North, Saint, and Dream, not to mention Boomer — Pamela Redmond Satran, cofounder of Nameberry.com and author of 10 baby-name books, told The Hollywood Reporter, “Elite parents in urban areas lean toward very fashion-forward and sophisticated names. They are attracted to quirky, not-so-easy-to-like names that are more difficult to embrace.” Elite parents? Excuse us while our eyes roll into the back of our heads. Though, we totally get what she’s trying to say. The current trend is for parents to give their little one a name that they feel is as special as their bebe.

And what sort of names is this trend resulting in? According to Nameberry, NYC families are leaning toward literary names such as Dashiell (after mystery writer Dashiell Hammett), Sophie, Matilda, and Ophelia (Hamlet‘s Ophelia, perhaps?). Those in LA prefer unexpected and unisex names like Zen, River, Story, and James (for a girl). According to Refinery29, Satran says “that many one-percent parents treat baby names like steak (the rarer, the better).” Once it becomes popular, it loses its attraction.

So, while classic names continue to disappear (buh-bye, Beverley, Donna, and Geoffrey!), it appears as if we can expect plenty of more babies with monikers like Journey, Story, Hero, and Indigo.

Do you think certain names are a little, er, pretentious? Let us know @BritandCo!

Desiree O
Desirée O is a ‘Professional Bohemian’ who loves anything and everything related to the arts, entertainment, and pop culture. She ADORES being a ‘Newsy’ for Brit + Co, covering all of the latest tidbits of awesomeness that you want to read about. When she’s not writing, she’s either making messy art, going on long adventurous walks with her camera, or poking around over at bohemianizm (http://www.bohemianizm.com/). You can find out about Desirée O and her work at http://DesireeO.com/ or follow her on Twitter @DesireeO.
Celebrity Baby Names
Baby Names
Celebrity Baby Names Creative Baby Names Parenting Unique Baby Names
More From Baby Names