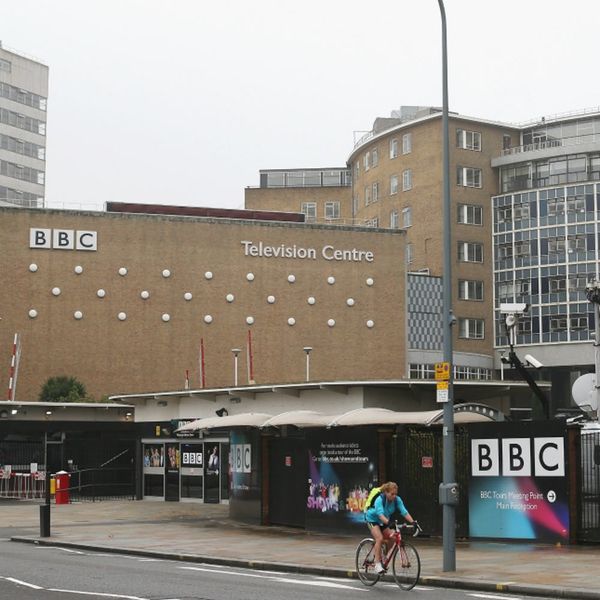 For work-at-home parents, the struggle is real.

Kids do the darndest things, right? We all know how hilarious the world’s littlest can be — whether they are makin’ family photos hilarious or destroying our selfies, they just want to be close to their parents. Which is why, for working moms and dads everywhere, it’s so hard to get anything done while at home. While we try and make our lives easier with things like 30-minute morning routines, sometimes, you just need to get down to business. Which is exactly what one BBC interviewee tried to do but failed oh-so-miserably while live on air.

While being interviewed about the very serious topic of North and South Korean political relations, Professor Robert E. Kelly was interrupted by not one, but both of his kids, and the video is going viral, because we’ve all been there.

Our favourite live TV moment of the week by far 👶😂 pic.twitter.com/GXSCUl5hYI

The professor is not very happy about his kids coming in, but the absolute best part of the clip is when the kid’s frazzled mother comes sliding into the frame and drags the kids out of their dad’s home office. While Kelly’s poker face is formidable, seeing his adorable toddler daughter come dancing into the frame while discussing world politics is one of the best things we’ve seen this year.

Working from home can be challenging in any situation, but live on the BBC? Better get a lock on your office door, Prof. Daddy.

Update: An earlier version of this story incorrectly described the woman in the video as the children’s nanny when she is in fact their mother. We have corrected the error.

Have your kids ever interrupted an important business call? Tell us @BritandCo!

Kat Armstrong
Kat has been a writer, social media maven and mom for longer than she's willing to admit. She's also spent time in front of and behind the camera, interviewing celebs, politicians and acting as a producer for fashion and artistic photography shoots. When she isn't writing for various orgs and publications, she's hanging with her kids, husband and French Bulldog, Peter, in Toronto, Canada.
Parenting
Politics
Parenting Politics