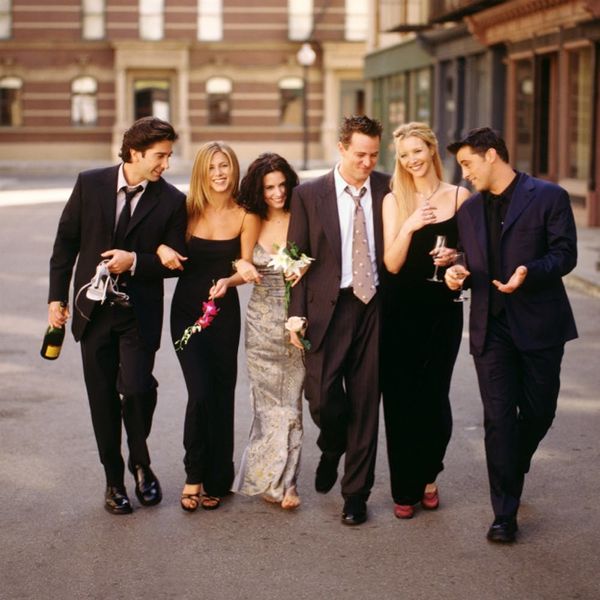 It’s been more than 20 years since the iconic show Friends made its debut on NBC. With Netflix having the entire 10 seasons available for streaming, we can rewatch our faves as often as we like. But how would the show fare today? According to star Jennifer Aniston, who played Rachel Greene, setting Friends in 2017 would be a flop, and there’s a specific reason why.

In an interview with Arianna Huffington for The Thrive Global Podcast, Aniston noted that in 2017, everyone’s got a smartphone, but in 1994, when the show started, mobile technology was basic. “…If Friends was created today, you would have a coffee shop full of people that were just staring into iPhones,” she said, leaving out any chance for six people to sit around at Central Perk chatting.

As for the star’s feelings on technology? Outside of the sweet birthday selfie her husband Justin Theroux posted of the pair a few months ago, she likes to stay out of the digital spotlight, saying, “For me, it’s self-preservation not to be on social media. Look, the mystery of who you are as an actor is already sort of taken from you. This is the one place I actually have that is protected and mine, this little sanctuary.”

Do you love or loathe your smartphone? Tell us @BritandCo!