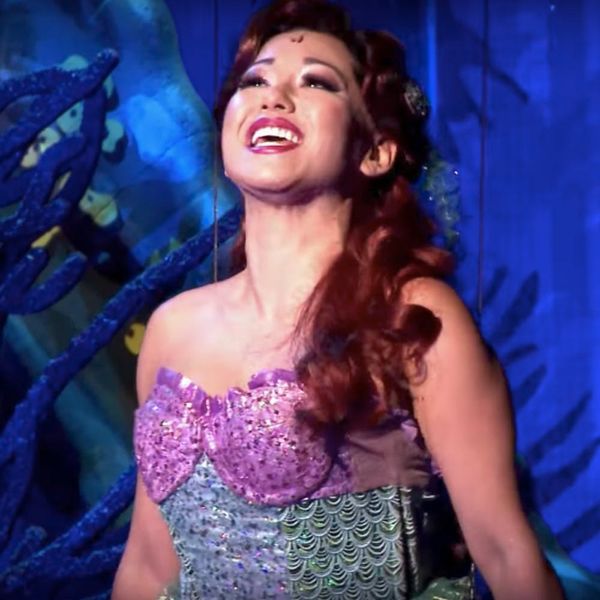 The Little Mermaid will always be one of our favorite Disney movies, and we’re fully willing to enjoy it in any form, including Disney’s live-action remake and the (unfortunately postponed) live musical production. But for one cast member in a touring production of the stage show, life under the sea hasn’t been an entirely magical experience.

Diana Huey, who is playing Ariel and happens to be Japanese-American, says that racist comments regarding her casting were left on Facebook before her theater group’s appearance in Memphis at the historic Orpheum Theatre. The criticism apparently centers around some fans’ opinions that Ariel cannot be played by anyone other than a white woman.

“It’s hard not to take it personally,” she told Buffalo News. “I had kind of a funky first part of the show and I was like, how do I get out of this? I can’t let that affect me.”

Huey noted that a visit to the National Civil Rights Museum in Memphis helped to provide some perspective, and also that there have been some rewarding moments to counter the disappointing ones.

In fact, some people LOVE the fact that Huey is playing the part. She told Buffalo News about two audience members, in particular — a young Asian girl and her adoptive mother — who saw the show in Nashville. “The mom pulled me aside and said, ‘The second I saw that you were playing Ariel, I just burst into tears for the sake of my daughter being able to see that,’” Huey recalled. “Seeing a little Asian girl in a place where there aren’t a lot of Asians, it reminds me how important it is to say diversity matters and being open-minded matters and equality matters. If I have to take the brunt of it every now and again, I will.”

She elaborated on her experience in a Facebook post after the Buffalo News story was published. “When I auditioned for Mermaid, I was just excited to get to sing Part Of Your World with a live accompanist — I didn’t think I had a real chance in booking it because I’m Asian,” she wrote. “Looking back at that now, that thought makes me so sad. No one should feel like they aren’t enough because of the color of their skin or the shape of their eyes or any factor outside of WHO THEY ARE. And as I go out on the road city to city as an Asian American playing Ariel, I hope that it will inspire the next person who is out there auditioning for something to believe that THEY can be cast in a role based on their work and their talents. I want to believe in a world where racism and bigotry no longer exists. I want to believe that we can truly have equality in this world — and the arts are a damn good place to start.”

She also revealed on Instagram that since news of the backlash got out into the world, she has received an outpouring of love that’s topped anything the haters could come up with.

I am so grateful that in the dust of something so ugly, can rise such beauty, heart, compassion and love. I am overwhelmed by the support that I have received in the last couple of days. It's beyond anything I could have ever imagined and has quickly become larger than I could have ever expected. I wish I had the time to thank each and every single one of you for your posts, messages and comments. Please know that I am seeing them and feeling your love and support and am endlessly lifted up by you. THANK YOU FROM THE BOTTOM OF MY HEART. Let's keep fighting for equality and a more loving world for us to share! #diversitymatters #standtogether #littlemermaidtour #thankyou #equality

To all of the peeps sending Huey support: We definitely want to be a part of your world!

Have you seen The Little Mermaid musical? Let us know @BritandCo.

Desiree O
Desirée O is a ‘Professional Bohemian’ who loves anything and everything related to the arts, entertainment, and pop culture. She ADORES being a ‘Newsy’ for Brit + Co, covering all of the latest tidbits of awesomeness that you want to read about. When she’s not writing, she’s either making messy art, going on long adventurous walks with her camera, or poking around over at bohemianizm (http://www.bohemianizm.com/). You can find out about Desirée O and her work at http://DesireeO.com/ or follow her on Twitter @DesireeO.
Controversy
Pop Culture
Controversy