This Study Shows People Are Most Attracted to Natural Beauty 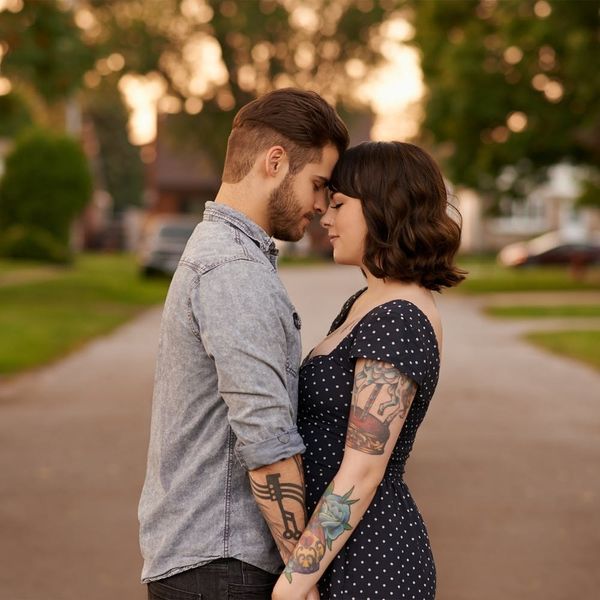 Emma Watson’s fabulous performance in Beauty and the Beast has us talking about feminism, the controversy surrounding the movie, and the way it depicts our beauty standards today. Belle shows us that real beauty lies within, but there’s also something to be said for the age-old theory that natural is beautiful. A recent study by Elliptical Reviews found this ideology to be true. The research focused on how we view body modifications such as tattoos and piercings, and the results might make you rethink going under the needle or knife.

The study asked over 2,600 participants to rate positive and negative reactions to different pictures of the same model. The image of the male model was Photoshopped with a tattoo sleeve, lip ring, face tattoo, gauges, man bun, and a nose ring. The female model was depicted with breast implants, a tattoo sleeve, lip injections, a lip ring, a unique hair color, and a nose ring. Both cases also featured a picture of a male and female with no modifications at all.

One shocking finding about man buns: Respondents rated them as more than 50 percent less attractive than a man without one. In fact, the man with no modifications at all received noticeably higher ratings than any picture with a tattoo or piercing. The only modification that was relatively well-received was a tattoo sleeve, which the study says might be attributed to high-profile, tatted celebs such as John Mayer and David Beckham.

One important variable that the study factored in was the perception of different social groups when it comes to body modifications. For example, men who identified as preppy were most attracted to women with breast implants, whereas punks preferred alternative hair colors and piercings. Alternative groups such as goths and punks were most receptive to the modifications in general, with one glaring exception: Hipsters overwhelmingly preferred man buns.

While this study suggests that different body changes affect people’s attraction to you, this doesn’t mean that you shouldn’t claim your body as your own. If that tiny tattoo is calling your name, go for it, girl!

What do you think of your S.O.’s tattoos or piercings? Let us know @BritandCo!

Gabrielle Gresge
Gabrielle Gresge is a Chicago native and journalism student at the University of Missouri. While not chasing deadlines, she enjoys giving campus tours, exploring her new home, and missing her old one. She loves to write about these experiences in her own handwriting at gabriellegresge.wordpress.com.
study
Relationships
study