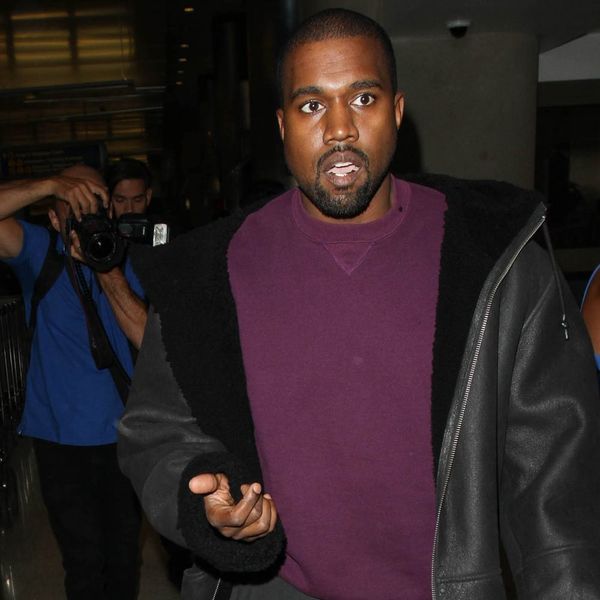 Kimye is never absent from the news for very long, and this past month has been no exception. The Kanye half of the duo recently told his audience that he didn’t even bother to vote, and if he had he would have voted for Trump. And that’s not all, either. This weekend he cut his concert short after only 30 minutes, following a seriously weird rant in which he went after people like Mark Zuckerberg and *gulp* Beyoncé. What is happening this year?!

While Kanye has always been known to be theatrical and a bit of a rebel, we know he has a good heart underneath it all. So what gives? While many people are saying that he’s just doing crazy things to get attention, lots of people on Twitter, Kanye fans and non-fans alike, are concerned that something is going on with his mental wellbeing.

I used to think Kanye just said crazy shit for attention.. now I think he rlly may have mental health issues & I hope he can heal.

Y'all flocked to Cudi cause he openly admitted mental health issues but we're watching Kanye's crazy play out live and y'all just jump ship?

I can't be mad at Kanye right now. He is obviously in a terrible state of mental health. He needs help. Seriously. Not a joke.

kanye = we hate the mental health discussion so much that not even this opens the dialogue?

Not a fan of Kanye but can someone please get him some help. Professionally. This is a serious tweet. He isn't well. #kanye #mentalhealth

I'm am really worried about Kanye West. He's always been too wild but I think there's something legit wrong with him right now.

I'm worried about @kanyewest. DM me if you need to talk pal.

I love you @kanyewest #KanyeWillNeverBeOver

The "Saint Pablo" tour that never was. It's obvious that Kanye needs to deal with his mental health. The tour is a peripheral matter.

We hope that Kanye can get whatever help he needs. Not just as a celebrity, but as a human being.

What do you think of the response to Kanye canceling his tour? Tell us @BritandCo!

Shea Lignitz
Shea can be found in the nearest bookstore or brewery, exploring the great outdoors, or blasting Led Zeppelin. She grew up in the cold and rain of Northern California's redwoods but is currently wandering around Texas.
Celebrity News
More From Celebrity News