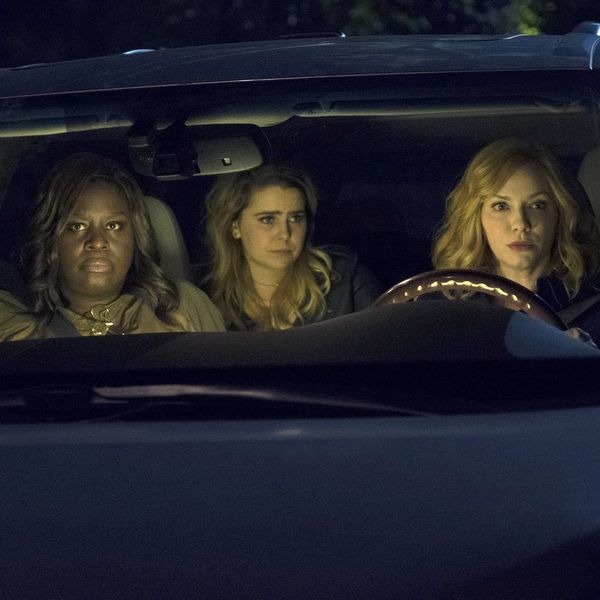 Welcome to Brit + Co’s Weekly Entertainment Planner! Each Monday, we highlight one thing we’re excited about in six categories — movies, TV, music, streaming services, podcasts, and a bonus pick from all of the above — to help you navigate your week in watching and listening. Check out our picks for the week of February 26 to March 4 below. Your eyes and your ears will thank us!

2018 Oscars (March 4): Jimmy Kimmel returns as host for the 90th Academy Awards live from the Dolby Theatre in Los Angeles, California. The nominees (some of whom are already making history and breaking records) represent the best in film over the past year, and there are sure to be a few memorable moments and surprises (like last year’s Best Picture mixup). The wave of activism that has dominated other awards season galas is also sure to be represented as the industry continues to stand up against sexual harassment and abuse in Hollywood. (Photo via ABC/Jeff Lipsky)

Good Girls (February 26): Christina Hendricks (Mad Men), Mae Whitman (Parenthood), and Retta (Parks and Recreation) star as three suburban housewives who turn to a life of crime for a fast cash fix. It looks both hilarious and heartening, and with this roster of talent, it’s hard to go wrong — even though you know the ladies’ get-rich-quick scheme clearly will. Good Girls premieres on Monday, February 26, at 10pm ET on NBC. (Photo via Steve Dietl/NBC/NBCU Photo Bank via Getty Images)

Girls Incarcerated: Young and Locked Up (March 2): Netflix’s latest documentary series follows the teenage inmates of Indiana’s Madison Juvenile Correctional Facility as they try to overcome their troubled pasts and work toward a better future. It looks gritty, real, and raw and is sure to be eye-opening.

Armchair Expert With Dax Shepard: The first guest on Dax Shepard’s new interview podcast was none other than his wife, actress Kristen Bell. The Hollywood couple has always been open about the struggles that come with even a happy marriage, and the argument that opens the episode gives a candid glimpse into how they make it work when things are tense. Ashton Kutcher, Joy Bryant, and Jimmy Kimmel have also appeared on the podcast, which Shepard is calling his attempt at becoming an armchair expert about the human condition. (Photo via Gustavo Caballero/Getty Images)

Shondaland’s TGIT crossover episodes (March 1): All of Shonda Rhimes’ worlds collide in a special TGIT crossover event. Grey’s Anatomy will get a visit from some characters from its new spinoff Station 19, Scandal gets a visit from How to Get Away With Murder‘s Annalise Keating (Viola Davis), and then Scandal characters Olivia Pope (Kerry Washington) and Marcus (Cornelius Smith Jr.) make their way to HTGAWM. It all starts Thursday, March 1, at 8pm ET on ABC. (Photo via ABC/Mitch Haaseth)