7 Locations You Can Visit to Experience ‘Westworld’ in Real Life 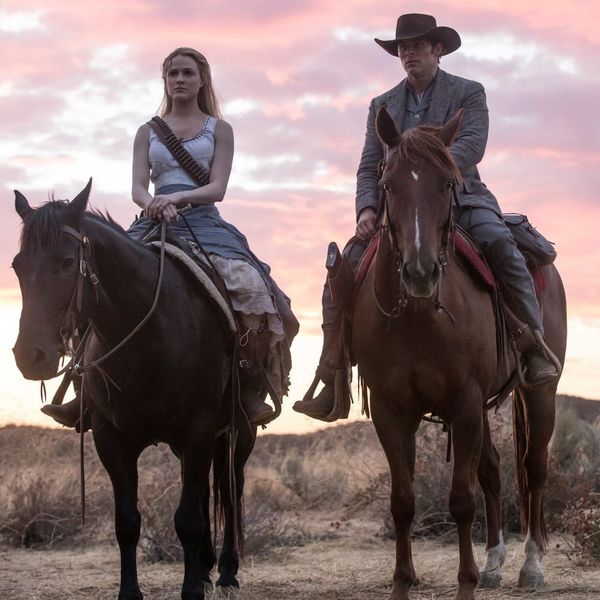 The red rock formations, the vast valleys and prairies, the rambling streams, and the great big blue sky — the vistas of HBO’s sci-fi western Westworld are WAY stunning. As much as we’d love to go to the land occupied by Dolores Abernathy, Maeve Millay, and Teddy Flood, we think we can all agree we could do without all that senseless murder, mayhem, and debauchery of the on-screen Sweetwater, especially if we’re on vacay. Thankfully, there are far safer and saner ways to have a Westworld inspired adventure — a totally perfect way to celebrate the much-anticipated return of Season 2.

1. Dead Horse Point State Park, Moab, Utah: This dusty and dramatic city of Moab has been a favorite for filmmakers for years, serving as a location in movies like Thelma and Louise and Indiana Jones and the Last Crusade, and western classics such as Stagecoach, Wagon Master, and Rio Grande. The area proved to be perfect for Westworld. A large part of the exteriors was shot in Moab — the gateway to those iconic massive red rock leading to Arches National Park. Twenty-five minutes from Moab is Castle Valley, an area where many overhead shots for Westworld were captured. Nearby Fisher Valley is another area that saw a fair share of action. Also of note is Dead Horse Point State Park, which was used for a variety of sweeping shots of the amusement park as well as that unforgettable scene when Ed Harris (The Man in Black) scalps a robotic “host.” (Photo via Getty)

2. Moab, Utah (Part 2): Make your own home on the range by nabbing a western themed vacation rental like this incredible architectural masterpiece in Moab. The two bedroom home is located right across from Fisher Towers and the Colorado River with horseback riding on the premises. On one side of the home, it looks like a wooden old-timey saloon, but on the other, it’s a modern architectural marvel. You can book this fantastic property via HomeToGo.com and really, you should go there just to see pics of the whole place (prices vary depending on date). (Photo via HomeToGo)

3. Gateway, Colorado: The luxury resort of Gateway Canyons, in the shadows of Colorado’s Canyonlands, wisely created a Westworld vacation package to lure fans to their swanky lodge. The Westworld experience includes horseback riding, dinner by candlelight, a massage, Wild West tales presented by Zebulon Miracle (their “Curator of Curiosity”), and a choice between skeet shooting, archery, or laser tag. But this is really for Westworld fans with deep pockets; it costs $999 a night with a minimum of three nights. (Photo via Gateway Canyons)

4. Monument Valley, Arizona: Monument Valley — which lies within the Navajo Nation Reservation— is another prime film location, having been featured in movies like Stagecoach, 2001: A Space Odyssey, and Forrest Gump. In Westworld, the majestic terrain with its towering sandstone buttes was the backdrop for the horseback rides that Dolores and Teddy went on. (Photo via Getty)

7. Pacific Design Center, West Hollywood, California: In contrast to the vintage feel that permeates the show, you can see the modern facade of what is the park’s headquarters in West Hollywood, California. Through some high-tech slights of hand, the show made the Pacific Design Center appear smack dab in the middle of the Wild West. (Photo via Getty)

Which Westworld location would you most want to visit? Tweet us @BritandCo.

Sunny Chanel
Sunny Chanel is a freelance writer as well as the founder of the whimsical site Wonder and Company. When this proud San Franciscan isn't writing, working on her fixer-upper or doing crafts, she is playing dress up with daughter and planning her next trip to Disneyland.
Travel
Travel
Travel TV Vacation