This Is What Healthy Eating Looks Like Around the World 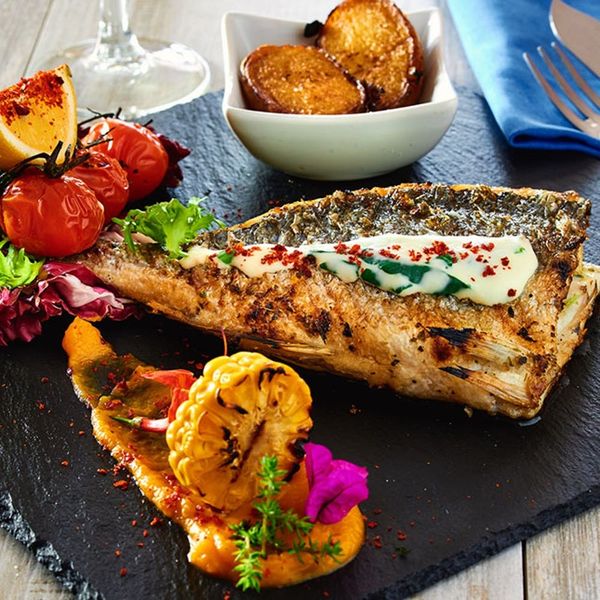 There’s always a new fad diet or nutrition study claiming to revolutionize how we eat, but generally, we assume that most people around the world are told the same basic principles when it comes to what constitutes a healthy diet. But actually, different countries take different approaches when advising their citizens what should be on their plates or in their food pyramid — or, in the case of Japan, their food spinning top. Bring your appetite for information on this nutritional tour of food guidelines from around the world.

1. United States: If you were born in the ‘90s, chances are you’re familiar with the Food Guide Pyramid. This graphic was released by the United States Department of Agriculture (USDA) in 1992 as a visual indicator of what foods the American government felt we should be eating. The idea was that you were supposed to eat more of the foods represented toward the base of the pyramid (grains like bread, pasta, and rice, and then fruits and vegetables) and less from the top (like fats and candy).

If you haven’t been to a health class in a while, you might be shocked to learn that in 2011, this icon of home economics classes was replaced with MyPlate, which gets rid of the pyramid shape in favor of a circle, with different-sized shapes representing the food groups. Fruits and vegetables together make up half, with slightly more vegetables than fruit, while grains and proteins share the other half of the plate, with an emphasis on grains. Meanwhile, dairy has been kicked to the side. The USDA MyPlate.gov website says that the logo is intended as a visual guide to remind Americans to aim for variety, emphasizing a need to avoid eating saturated fats, sodium, and added sugar, and to pay attention to the number of calories.

2. Israel: The US isn’t the only country that’s used a pyramid to convey ideas about what to eat. Israel’s version was most recently revised in 2008, and unlike the US pyramid, it features a base made of water served in a variety of containers. Their diagram also recommends grains as the main food group, showing pita and potatoes as options. Among the high-fat foods in the second-from-top tier are avocados, olives, tahina, and canola oil.

3. India:India also uses a food pyramid, with cereals and protein-rich legumes on the base, but unusually theirs includes warnings against drinking alcohol and smoking. While countries like the US are focusing on cutting back on calories, the Dietary Guidelines for India show that about 70 percent of the population doesn’t eat enough and that in rural poor and urban slum communities a third of men and 36 percent of women have a BMI below 18.5, which is considered underweight.

4. Mexico: Like the US, Mexico uses a plate to show the distribution of foods, about a third of which is fruits and vegetables, while the other two-thirds are split between whole grains like tortillas, oatmeal, rice, and bread; animal products, including cheese, eggs, and meat; and legumes, particularly beans. Like Israel, their food guidelines emphasize drinking lots of water, noting that it can be flavored as long as it doesn’t contain sugar and that fruit juice is not a sufficient replacement. It’s not all finger-wagging though: The Mexican food guidelines tell you to enjoy your meals and share them with family and friends whenever you can, and their list of recommended physical activities includes playing and dancing for 30 minutes a day.

5. South Africa: The South African guidelines take on a balancing act, noting that parts of the population are undernourished, while more access to processed convenience foods has led to an increase in obesity among people who have benefited from the country’s modernization. They also note that people working manual jobs need to eat more than others. While most of the other countries’ guidelines focus on physical benefits of healthy eating, the South African guide points to “optimum mental development” as one of the key aims. And, like Mexico, they say that mealtimes are meant to be enjoyed and that young adults especially need to find more time to eat communally as a way to reduce stress. Time to book that dinner date.

6. Germany: Heartbreakingly for fans of the country’s most famous meaty export, Germany’s 10 guidelines for wholesome eating specifically recommend limiting your sausage intake. However, they also command you to take time out to properly enjoy your meal instead of rushing through it, as this makes you feel more satisfied.

7. UK: The UK puts a specific number on how many portions of fruits and vegetables you should eat each day. It’s five altogether (e.g., three vegetables and two fruits), and you’ll find various logos on the packaging of food products that count toward it and details on how much you have to eat to make up a portion. For example, 80g (2.8oz) of fresh, canned, or frozen fruit or vegetables counts as one portion. But you can’t just eat five apples, say, and call it a day; each portion has to come from a different type of food. Oh, and those fries don’t count: Potatoes are specifically excluded because they’re too starchy.

8. Sweden: Similar to the UK’s five-a-day logo, Sweden’s Keyhole symbol is used to identify a healthier version of a specific food type. For example, if you see the Keyhole symbol on a loaf of bread, you know it contains more fiber and whole grain and less sugar and salt than other bread. Sweden’s guidelines also tell people to move around for 30 minutes every day, including taking breaks from sitting down at work, and to get competitive by joining a Nordic walking team (which is regular walking but with poles to propel you forward). It’s not all working out and no fun: As long as you’re healthy most of the time, the guide says you should enjoy eating what they call “party foods.” Cheers to that!

9. Spain: Spain also recommends five portions of fruits and vegetables a day and uses a pyramid as a visual guide, but they have some original nutritional ideas of their own. For instance, their guidelines specifically recommend eating fish two to four times a week and emphasize the importance of eating breakfast. Also, while most guides put their focus on limiting fats or eating low-fat products, Spain takes a more nuanced approach, recommending “good” fats such as fatty acids in olive oil, omega-3 in nuts and fish, and omega-6 in sunflower oil.

10. Iceland: Another country that’s into fish, Iceland has guidelines that recommend cutting your red meat intake to no more than 500g (1.1lb) a week and eating fish two to three times, including one portion of fatty fish to get the omega-3 benefits. In the winters, when the country gets as little as five hours of sunlight a day, they suggest adding a vitamin D supplement.

11. Australia: The Australian guide gets directly to the point with straight-talking practical advice, such as eat breakfast, fill up with fruit and vegetables, don’t shop when you’re hungry and take a list, and turn off the TV so you can eat as a family. The guide repeatedly recommends polenta, quinoa, and couscous as newly popular nutritious foods people might like to explore, and specifically tells us to “Encourage, promote, and support breastfeeding” — for infants under six months, that is.

What nutritional guidelines did you have growing up? Share them with us @BritandCo.