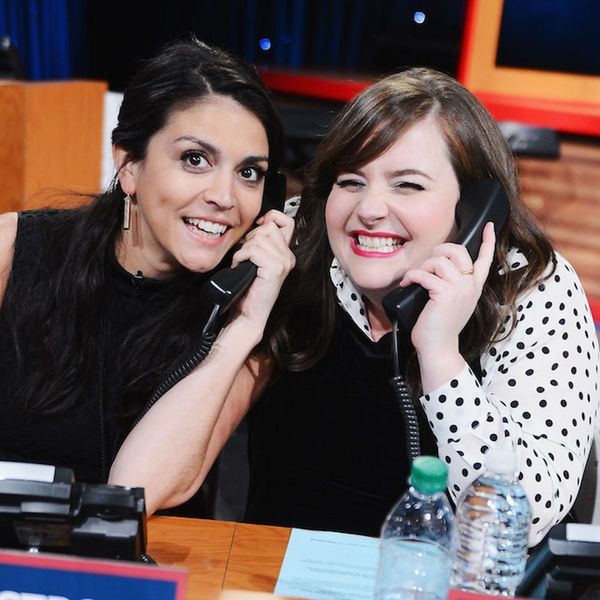 International Women’s Day 2017 was an inspiring celebration of trailblazers who paved the way for women’s rights and the amazing young women being bold for future change. But it was also a reminder that things are far from perfect, with the A Day Without Women march outlining the reality of the inequalities women still face in the workplace.

When it comes to the struggles that women face in social settings, Saturday Night Live recently aired a sketch that perfectly captures the modern version of the pickup line: a fake male feminist feeling entitled to a woman’s attention because he “followed all the rules.” If you haven’t seen it yet, peep it below:

“Girl At a Bar” starts with SNL cast member Cecily Strong sidling up to the bar to wait for a friend who’s late to meet her. She’s immediately approached by a guy who is wearing the same “The Future Is Female” shirt as Strong, and after some friendly chatter about him not being one of *those* skeezy bar guys, he asks her out. When she declines, he calls her a b**ch. That escalated quickly!

From there it’s a rotating door of guys who perform all the necessary parts of modern feminism — including attending the Women’s March, working for Hillary Clinton’s campaign, name-dropping California Senator Kamala Harris, and even wearing a Pussyhat — all in the name of scoring some points with the ladies. Spoiler alert: It doesn’t work out for ’em. And they’re not too happy about it.

Strong is finally saved by her friend, played by Aidy Bryant, who also gets a li’l inappropriate in the name of a comedy sketch, but that didn’t take away from the all-too-realness of being a girl at a bar sometimes. Now excuse us while we show this to everyone we know.

Have you ever had an experience like in this video? Let us know @BritandCo!