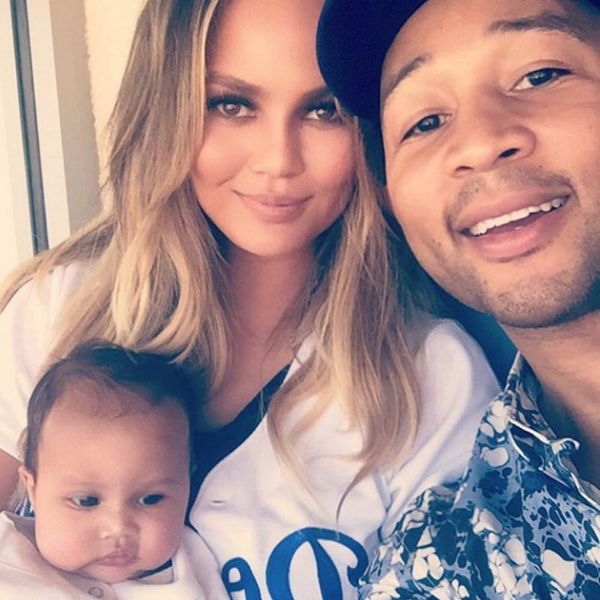 Finding out a newborn’s name is always verrrry exciting, whether it’s a friend’s Facebook post of a newly delivered babe or celebrities announcing their bundles of joy on Instagram with a million exclamation points. Coming up with the right name for your future baby is a major creative process. Some of us (ahem, Keri Russell) like to keep the name a tightly guarded secret until after the little one is born, and others share the news asap. We took a look at recent birth announcements of some of our fave celebs — after cooing like crazy — and made a list of creative baby names inspired by some newly born tots.

1. Ruby. Alt-rocker Alanis Morissette recently gave birth to beautiful Onyx Solace Morissette-Treadway and announced her arrival with a simple Instagram announcement: #beyondblessed. Onyx is a gemstone, commonly found in black or white. It is believed to give inner peace and strength. Ruby, another gem, is a gorgeous red stone that is said to boost positive energy and bring adventures to anyone bearing the stone. If you have a redhead baby girl on the way, Ruby might just be the ideal name for a lifetime of adventures.

3. Iris. Violet is the second babe for cuties Emily Blunt and John Krasinski. The proud papa announced the birth via Twitter on July 4. Violet Blunt-Krasinski joins Jennifer Garner and Ben Affleck’s daughter as one of several Hollywood babies. Iris, like Violet, is another pretty name that shares its moniker with a flower. In Greek mythology, Iris is the goddess of the rainbow, so your daughter would basically be the next Lisa Frank.

4. Estrella. Model Chrissy Teigen and her crooner husband John Legend have a legendary name for their baby girl — Luna Simone Stephens. Sounds like such a singer’s name. We can already see the cover of Luna’s debut album now! Luna means “moon” in Spanish, so Estrella, which translates to “star,” would be a perfect ode to Luna.

5. Ariel. Dwayne Johnson’s youngest daughter, Jasmine Johnson, came into the world with an aww-worthy post from her dad who, despite his The Rock moniker, looks like a big softie to us. Like Disney princess Jasmine, the name Ariel hit the top of baby name lists after The Little Mermaid made a splash on the big screen.

There's nothing like being back home!! Great way to spend my first day in retirement!! @boomerrphelps @nicole.m.johnson

1. Silas: Megan Fox and her not-ex ex Brian Austin Green recently welcomed baby boy #3 Journey River Green into their lives. While Journey has been primarily a girl’s name, quite a few boys have been named Journey. Saint Silas joined Paul on his second missionary journey, so if you like Journey as a first name, Silas might be another great one to add to your baby name list.

2. Connor: Aidan Clinton Mezvinsky is the newest addition to the Clinton family. Presidential hopeful and grandma Hillary Clinton released a statement with Bill that shares in the joy of their grandson. The Irish-origin name means “little and fiery.” Another Irish name, Connor, means “lover of hounds,” so if your family hearts dogs, write this one down.

3. Samson:The Americans co-stars Keri Russell and Matthew Rhys revealed their baby’s gender and sweet name to Matt Lauer on The Today Show. Sam! Short, simple and cute. Samson, which can be shortened to Sam, means “sun,” and has a cute double meaning if your babe is your first son.

4. Rocky: Olympic swimmer and Gold medalist Michael Phelps and his wife, Miss California USA 2010 Nicole Michele Johnson, posted pics of itty bitty Boomer Robert Phelps. Boomer is also the name of an NFL quarterback, so in keeping with the sports theme, the iconic and fictional boxer Rocky might be a good one for sports fanatics.

5. Hunter: Singer Kelly Clarkson may have the most unique baby names in all of Hollywood. Remington Alexander Blackstock recently joined his big sister River Rose in the American Idol winner’s family. Remington has its roots in English upper crust society, and Hunter is another classically British name.

Did we miss one of your fave celeb baby names? Tweet us @BritandCo and share the name with us!