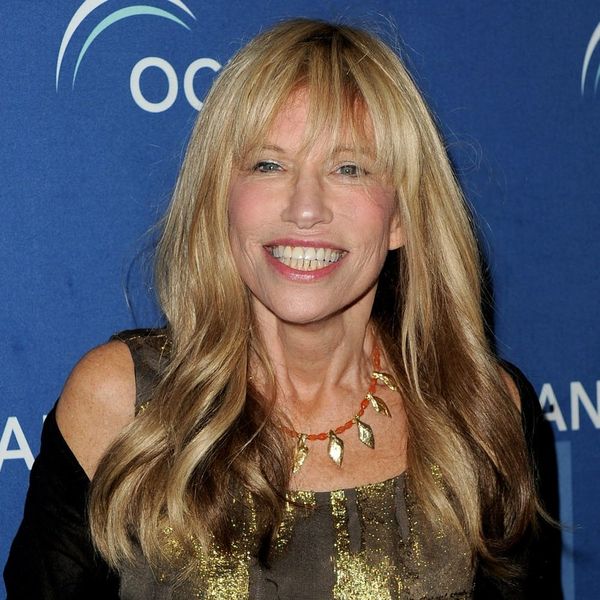 There’s a zillion ways to deal with a breakup — yes, even an office breakup. You can go with the old tried-and-true standby of a breakup makeover, have a Netflix binge sesh or, if you happen to be of the artistic variety, you can pull a Taylor Swift (or a Calvin Harris!) and channel your emotions into a song we won’t soon be forgetting. In light of the recent “bad blood” between the famous exes (feeling scorned, much, Calvin?), we’re taking a look back at some of the most famous breakups of all time and the good, the bad and the ugly songs they inspired. Check out who made the cut below!

1. “You’re So Vain” by Carly Simon: Fans have been trying to crack the code of the vain fella (make that fellas — the song is reportedly an ode to three men she dated during her LA years) referenced in Carly Simon’s hit “You’re So Vain” since its release in 1972, but it was only as recently as last year that she admitted that the second verse was about Warren Beatty. Beatty, for his part, had himself pegged as the song’s subject all along and even reportedly called Carly to thank her for the song, though he wouldn’t have been entirely accurate: Writer Nick Delbanco was apparently the apricot scarf-wearer, and the third? Well that remains a mystery. (Photo via Valerie Macon/Getty)

2. “In Your Eyes” by Peter Gabriel: Though Toto’s “Rosanna” was initially thought to be about Rosanna Arquette, as she was dating keyboard player Steve Pocaro at the time of the song’s release, the song was actually written by fellow keyboardist David Paich, who debunked the myth long ago. Rosanna DID inspire another famous song, however, in Peter Gabriel’s “In Your Eyes.” A couple in the ‘80s, Rosanna was Peter’s muse, and, according to Cameron Crowe, even had a hand in convincing him to allow the song to be used in the most iconic boombox scene of Say Anything. How cool is that? (Photo via Alberto E. Rodriguez/Getty)

3. “You Oughta Know” by Alanis Morissette: Alanis Morissette is a mother of two now, but back in the early ‘90s she was a woman with a cross to bear and just the anthem to channel her anger into. Her rage was so great, in fact, that “You Oughta Know” became the scorned woman’s anthem of the ‘90s. Though it was never confirmed (Alanis herself told Dave that “it could be a bunch of people”), rumors that it was written about Alanis’s ex, comedian Dave Coulier, never did quite subside — in fact, it was even referenced in the reboot of this year’s Fuller House. (Photo via Frederick M. Brown/Getty)

4. “Don’t Speak” by No Doubt: A breakup song for the ages, “Don’t Speak” was famously written about the crumbling seven year relationship between the band’s lead singer, Gwen Stefani, and its bass player, Tony Kanal. When the song blew up, the two were forced to play it — together – on stage over and over and over again. Awkward! Lucky for us, the duo somehow made it through the tense time, and released their last CD together in 2012, touring as recently as 2015. (Photo via Brenda Chase/Getty)

5. “Girl on TV” by LFO: In 1999, you couldn’t go anywhere without hearing the song “Summer Girls” by LFO, but it was the band’s second single, “Girl on TV,” that had its late lead singer, Rich Cronin, waxing poetic about his famous ex. Penned about Jennifer Love Hewitt, who Rich met through his publicist at an awards show, the group even went as far as to feature the former Party of Five actress in its accompanying video. “At the risk of sounding cheesy, I think I feel for the girl on TV,” Rich croons in the clip. Alas, their love didn’t last, and Rich later told Howard Stern that she broke up with him after he accused her of cheating on him. Much like Rosanna, Jennifer was later widely thought to be the inspiration behind another hit, “Your Body Is a Wonderland” by ex-boyfriend John Mayer, but that rumor was proven false when John explained to VH1’s Storytellers that it was actually about his first girlfriend at the tender age of 14. Jennifer took the whole thing in stride, telling Entertainment Weekly, “My body is far from a wonderland. My body is more like a pawn shop. There’s a lot of interesting things put together.” (Photo via Brendy Chase/Getty)

6. “Cry Me a River” by Justin Timberlake: Everyone’s favorite Mouseketeer couple imploded when rumors that B was unfaithful to her NSYNC love rocked our matching denim-tuxedo loving worlds. JT only added fuel to the fire with the release of his 2002 hit, “Cry Me a River,” which featured a verrrryyyy familiar looking blonde woman as the lead in the single’s video. He didn’t actually confirm Britney’s involvement in the song, however, until 10 years later in an episode of E’s True Hollywood Story, after producer Timbaland spilled the beans. Ah, well. It’s not like he was fooling us anyway: That doppelgänger was a dead giveaway. (Photo via Kevin Winter/Getty)

7. “Pieces of Me” by Ashlee Simpson: Prior to becoming a mom to Bronx Mowgli and Jagger Snow, Ashlee Simpson was just an angsty pop singer in love, baring her soul for the world to see with the release of her first single, “Pieces of Me.” An ode to then-boyfriend Ryan Cabrera (don’t tell us you don’t remember those crazy lovebirds on The Ashlee Simpson Show), Ashlee has said of the song, “It was just really nice to be with somebody who’s just real and who’s nice. Just a good person. So I wrote that about him.” Awwww, how sweet! Though the pair broke up later that year (… then got back together… then broke up again), it’s a nice reminder of a simpler time, when we were all just trying to figure out whether Chicken of the Sea was actually chicken or fish (we couldn’t resist).

7. “So What” by Pink: Singer Pink and husband Carey Hart are on solid ground now, having survived 10 years together as of this year, but in 2008, the two were in the midst of a separation amid alleged rumors of infidelity. Instead of moping around, Pink, in true Pink form, penned a sassy tune about a rock star who’s “just fine” on her own in the form of “So What,” singing, “I guess I just lost my husband; I don’t know where he went.” Carey didn’t go too far: In fact, he starred in the song’s video (though Pink says he never actually heard the song before filming). All’s well that ends well, as the couple got back together and had a daughter together in 2011. You crazy kids! (Photo via Chelsea Lauren/Getty)

8. “Love the Way You Lie” by Eminem featuring Rihanna: Though Rihanna was only featured on Eminem’s smash hit “Love the Way You Lie” in 2010, fans were almost instantaneously certain that the track, which deals heavily with domestic violence issues, was written as a direct nod to Rihanna’s public struggles with abuse at the hand of ex-boyfriend Chris Brown. The video’s director said otherwise, claiming it wasn’t about anyone in either artists’ past, but fans remain unconvinced. The song’s co-writer, Skylar Grey, told NME that it wasn’t necessarily about literal violence, but “that vicious cycle of somebody who keeps you on your toes because they’re kind of an asshole.” Rihanna, for her part, conceded that, while it may not have been directly about Brown, she felt connected to the song due to her experiences. “It’s something that, [you know], Eminem and I have both experienced on different sides, different ends of the table.” (Photo via Christopher Polk/Getty)

9. “Sorry” by Justin Bieber: Justin Bieber’s latest song about ex Selena Gomez was far from a diss — in fact, it was an open apology to his former lady love, who endured a tumultuous on-again, off-again scenario with the reigning king of pop for years. But the Biebs says she’s not his only muse. Telling Ellen that the song was only “a little bit” about the dark-haired singer from his yesteryears, he also told an interviewer that it was also meant for anyone who might have been offended by his antics in more recent years — ’cause let’s face it, boy has racked up quite a few. Hey, it’s the thought that counts, right? (Photo via Christopher Polk/Getty)

10. “Used to Love You” by Gwen Stefani: Gwen has made no secret of the fact that her new 2016 single, “Used to Love You,” is a direct reference to the demise of her almost 14 year marriage to Gavin Rossdale after he was discovered to be cheating with the couple’s nanny. Though the video showcases a very distressed Gwen, she has publicly said that the writing process was actually instrumental in her healing process. “When I wrote the song, I was sorta in a phase of forgiveness,” she said. “All the songs up to that point were like ‘Rah, I’m so upset and crazy.'” Whatever works, G! (Photo via Kevin Winter/Getty)

Were you surprised by any of the songs on this list? Tells us over @BritandCo!

Nicole Briese
Nicole is the weekend editor for Brit + Co who loves bringing you all the latest buzz. When she's not busy typing away into the wee hours, you can usually find her canoodling with her fur babies, rooting around in a bookstore, or rocking out at a concert of some sort (Guns N' Roses forever!). Check out all her latest musings and past work at nicolebjean.com.
Celebrity Breakups
Celebrity News
Celebrity Breakups Celebrity Couples love Music